Although of very poor quality, I have just discovered the only picture I know exists of my paternal great, great grandfather, Richard Langridge Judd.

I found it in a digital copy of a ‘Brighton Southern Cross’ newspaper article from 7 May 1910 which was about Richard’s recent death; on 23 April 1910. 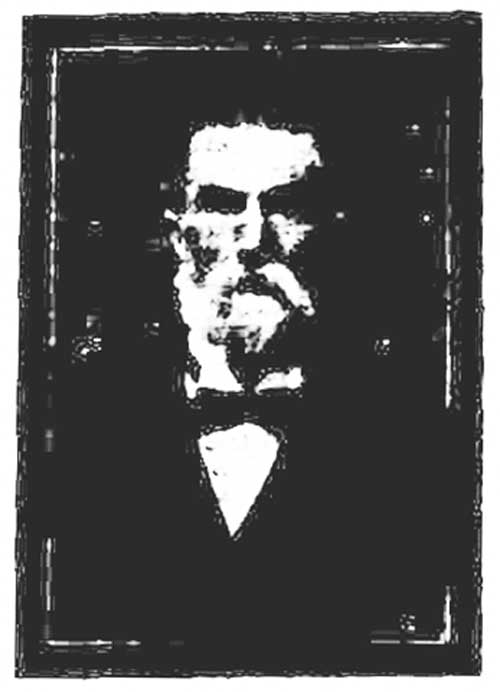 One of the oldest residents of Cheltenham, in the person of Mr. R. L. Judd passed away on Saturday week. Mr. Judd was born at Hackney, England, in 1846, and emigrated with his father and mother to Victoria in 1852 and two years later came to live in Cheltenham, where he had re sided ever since. Mr. Judd held the position of electoral registrar for the district for 30 years, and for some time was a trustee of the Mechanics’ institute, and was connected with almost every movement inaugurated for the improvement of the town and district.

The funeral was held on Monday week when the remains of the deceased were entered in the Cheltenham Cemetery. The members of the Sons of Temperance Lodge acted as pall-bearers. Mr. Fischer officiated at the graveside and the mortuary arrangements were carried out by Messrs. Rose Bros.

Electors’ rights may be taken out any day until the offices of the electoral registrars close on Saturday/ The persons qualified to  receive electoral rights are: Males over 21years of age resident within the electorate for which the right is taken ; and non-resident owners of property of the value of £50 or 5 yearly, whose names are not on any  rate paying roll in the electorate where their  property is situated. The city and suburban registrars are as follows :-