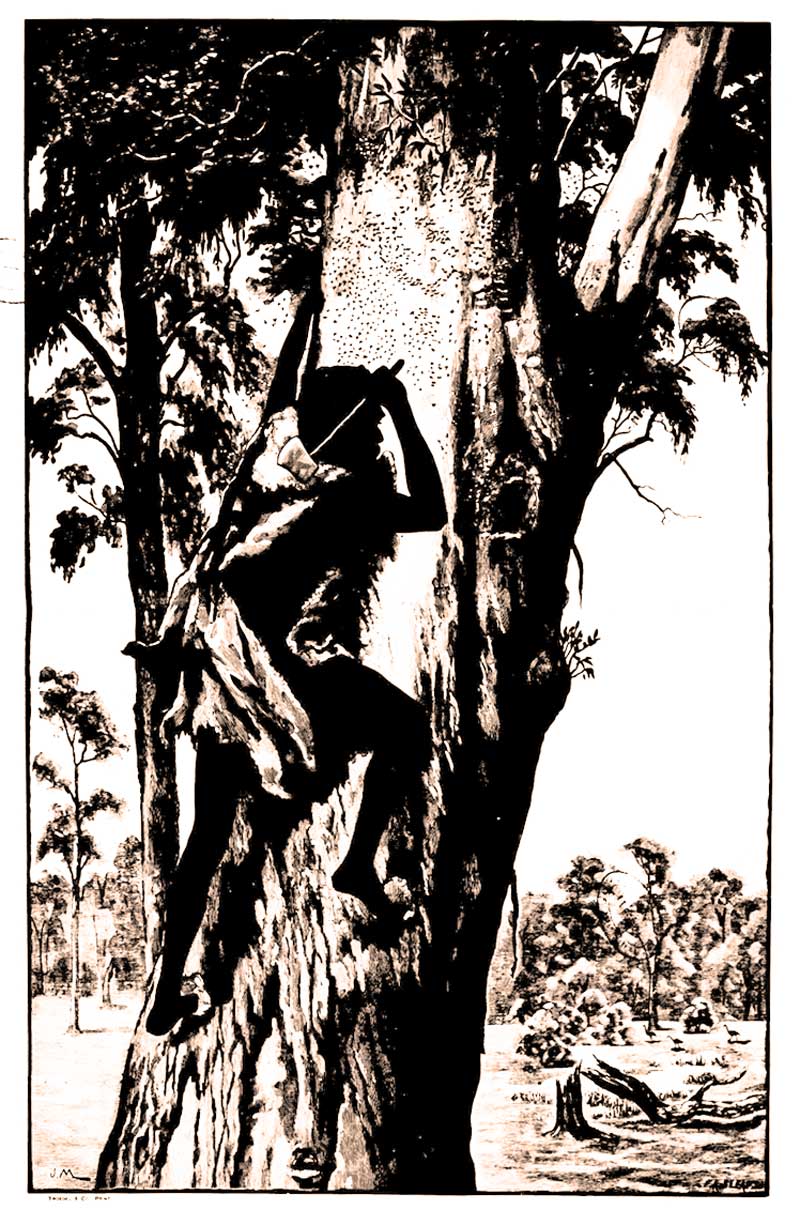 Aboriginal races seem to become more and more interesting as they gradually die out or are swept from off the face of the earth by the ever advancing wave of European civilisation. To the antiquarian, the ethnologist and philosopher they present an inimitable field for study and contemplation. Their origin, language and customs afford invaluable materials for purposes of comparison and speculation, which must always occupy a prominent place in the literature of every country.

The Australian blacks and the Maoris are now rapidly approaching extinction and in time we will learn to treasure the simplest memento, the most ordinary object which serves to give a faithful illustration of a primitive people who, with their forests, their hunting grounds and their strange superstitions and traditions, have entirely disappeared.

To the home reader such matters must prove of special interest. To the white population of the colonies blacks have ceased to attract attention. The readers of The Illustrated Australian News are with this number presented with a colored sketch, entitled, ‘Robbing a Bee Tree’. It depicts one of the modes adopted by the Australian black of securing materials for a good, square, delicate meal. The scene is in the far interior. The hunter having tracked his prey and assured himself of the precise spot where the precious morsel is deposited, proceeds to manufacture a ladder on the true primitive principle.

With his tomahawk he cuts a foothold in the trunk of the tree, and having obtained one resting place at some distance from the ground, he gradually proceeds upwards by repeating the process until he reaches the desired spot. The bees are soon rudely dispossessed and stream forth in a dense mass, the chances being that if they light upon their assailant they will punish him severely for his temerity.

The black, however, will chance all that. His dark skin does not seem so attractive to the swarm as that of a white man and he knows that with the exercise of skill and dexterity he may seize his prize and get safely away before the infuriated bees settle upon him.

To accomplish his object he displays the characteristic ingenuity of the race in their search for food and which, like an instinct, they retain even when they are taken under the kindly care and protection of the Government. The bee hunter avoids as far as possible giving undue cause for alarm to the industrial occupants of the citadel he is about to storm.

He proceeds leisurely and without unnecessary noise until he is ready to pounce upon the nest. He surveys it from his elevated position, seizes as much as he can conveniently lay hands on and beats an instant retreat, descending rapidly to the ground and disappearing into the forest to enjoy the reward of his toil and perseverance.

Our sketch is from a drawing taken on the spot and conveys a vivid idea of one of the distinctive features of the habits of the Australian aborigines.

(Note: Coloured by an overwhelmingly patronising and carefree dismissal of people who have “ceased to attract attention” as they are “swept from off the face of the earth”.

Hopefully the white correspondent was set upon by the whole hive and stung mercilessly as the ….“dark skin does not seem so attractive to the swarm as that of a white man”.)