In 1840 Phineas Gage, a railway worker, had a crowbar thrust through his head by accident. The crowbar pierced Gage’s skull from temple to temple, severing the tissue of his brain so that the frontal lobes (which are set in the forehead) were cut off from the rest of his brain. To everybody’s amazement Gage survived without any apparent trouble. He toured America after his accident, displaying his scars and telling the story of his accident, and he got into every medical textbook in the world. But it was not until 1935 when Lisbon surgeon Egas Moniz won a Nobel Prize for his surgical relief of insanity by isolating the frontal lobes, that leucotomy operations became respectable. Since then, doctors and psychiatrists have come a long way. Now they are trying to discover exactly which piece of a man’s brain can be cut off to relieve mental illness and yet not damage his personality in any other way.  At first, says Dr. Tow, the leucotomy method of Dr. Moniz was followed with ‘reckless enthusiasm’. Thousands of mental patients — hopeless cases who had failed to respond to other treatments — were leucotomised.

At first it seemed a most successful operation. Then, as years passed, relapses occurred and in three out of four cases the patients were considered to be worse off than before the operation. Doctors discovered that although mental tensions causing madness were relieved, the patients became creatures without a conscience, without a soul and with no sense of responsibility. The frontal lobes of the brain, doctors began to realise, control the human personality. The criticism that surgeons who performed leucotomies were ‘butchering men’s souls’ was true. Here are some typical case histories of patients who were leucotomised before the war:

‘A parson’s wife was perfectly efficient at all her duties before the operation. After it, she would do nothing, but sit around reading the daily paper. A housewife, who was somewhat prim before leucotomy, became alarmingly uninhibited after the operation. In the words of Dr.Tow she used to ‘dance to her husband in oriental style, saying ‘Well, Freddy-Weddy, what about beddy-weddy’?  If he demurred she would leave amorous notes in the kitchen, which he would find on going to fill his hot water bottle.

WITH SCALPELS THEY DO BATTLE WITH INSANITY. (1953, November 26). The Newcastle Sun 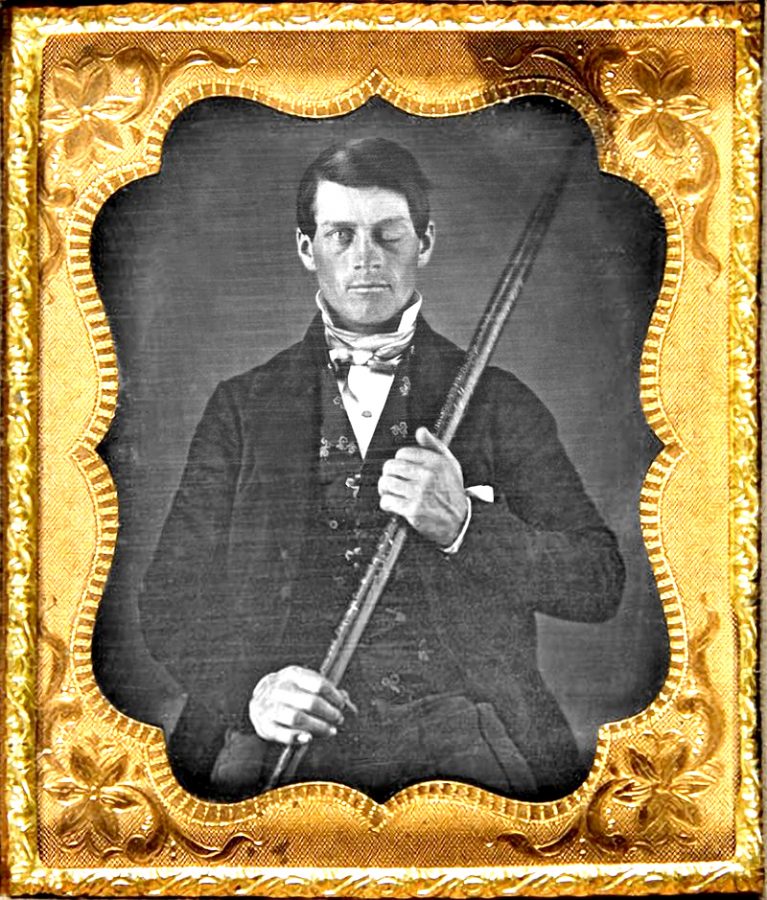 Phineas Gage (1823-1860) is one of the earliest – and most famous – documented cases of severe brain injury. Gage is the index case of an individual who suffered major personality changes after brain trauma. As such, he is a legend in the annals of neurology, which is largely based on the study of brain-damaged patients.

A much more comprehensive and accurate account of this case than the 1952 newspaper article above, can be found here: