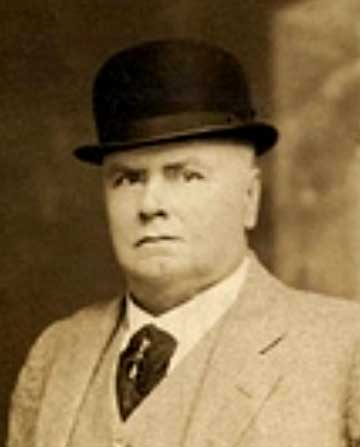 John Norton, the editor of the Sydney newspaper Truth from 1891–1916 claimed to have coined the term “wowser”, saying:

I first gave it public utterance in the [Sydney] City Council, when I applied it to Alderman Waterhouse, whom I referred to as … the white, woolly, weary, watery, word-wasting wowser from Waverley.

The word “wowser” is an Australianism pure and simple, and it is so new that nearly every other person has a different meaning for it.

To the course of the trial of a libel action in Melbourne last week, Mr John Norton was asked by counsel ‘What do you mean by the word ‘wowser’? He replied, “I invented the word”.

We shall, at last, be able to have a definition from the inventor of the word.

Well when I used the word first, I really did not know what it meant. The word was afterwards defined by Cardinal Moran. For my own part, I regard as a wowser a pernicketty kind of a fellow who is always objecting to what everybody else does–who interferes with other peoples belief and who thinks that he alone has a monopoIy on the narrow way to Paradise. There are a whole lot of definitions of the word ‘wowser’.

Well I think that will be sufficient to go on with.

Smoodging Suspected at the Screen Shows.

PRURIENT PRUDES ON THE PROWL.

The effect of Wowstrism on the morals and health of a community may be likened to that of the Bathurst Burr or other noxious weeds on land intended for cultivation. The pest must be eradicated before any good can be obtained, either from the people or the land. It is for that reason that “Truth” has consistently attacked the pragmatic Puritans who are trying by all means in their power, fair or foul, to jam their nauseous doctrines down the throats of the people, and make of this fair land a hell upon earth, as their like have done in older lands. These narrow minded bigots see evil in everything, even in the merry laughter of a child. All kinds of innocent amusement are obnoxious to them, and therefore the ever-increasing popularity of picture shows has worked them into a state of frenzy bordering on insanity.

Having shouted themselves hoarse about the evils of the demon drink, and succeeded in imposing all sorts of restrictions on respectable licensed premises, thereby encouraging sly-grog selling, the Wowsers have now turned their attention to the picture shows, the popular pleasure of the people, where hard-worked men and women, and the youngsters, can see all the wonders of the world. 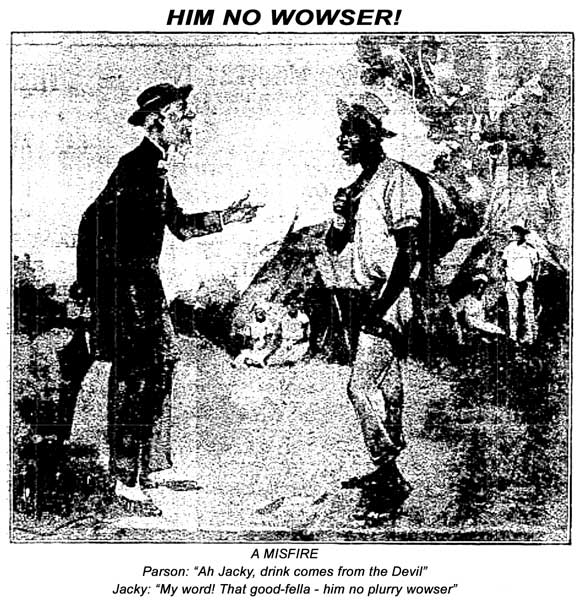 You may prefer the definition of a wowser given by our national poet, C. J. Dennis:

An ineffably pious person who mistakes this world for a penitentiary and himself for a warder.

a man who prays on his knees on Sunday, and preys on his neighbours every other day of the week.

Whatever….  it seems the wowsers never went away, as about 30 years later anti-wowser sentiment was still apparent in our newspapers….

An Australian citizen; chafing under the petty restrictions that surround us, takes a deep breath and lets go  …Perhaps reading what he has to say will reduce your blood pressure, too.

How much longer are we going to allow wowsers, frustrates and bumbles to interfere with our freedom to live?

Australia is cluttered up with mumbling moralists telling us how and when we can have a drink, what pictures we mustn’t look at, what books we mustn’t read, what sort of radio entertainment is bad for us, what clothes we have no right to wear, what vulgar dances we must never dance, what incredible hellishness there is in a girl’s leg. These thwarted and virulent insect-minds dart this way and that, missing nothing fine and healthy in their indefatigable search for evil. They smear what Nietzsche called moralic acid on all those subtleties and refinements of living that raise man sometimes above the beast. 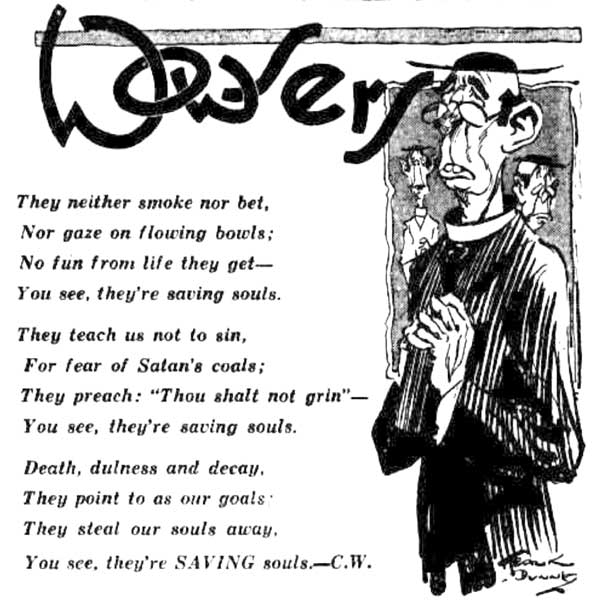 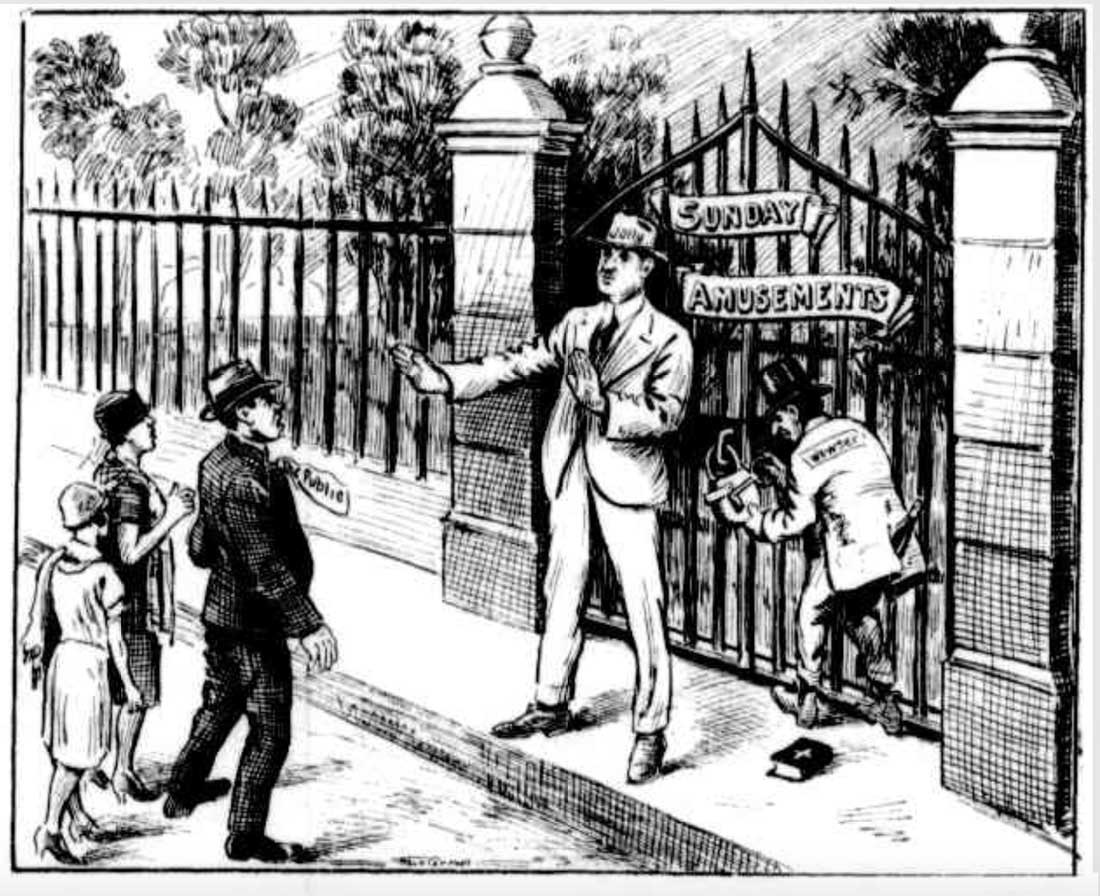 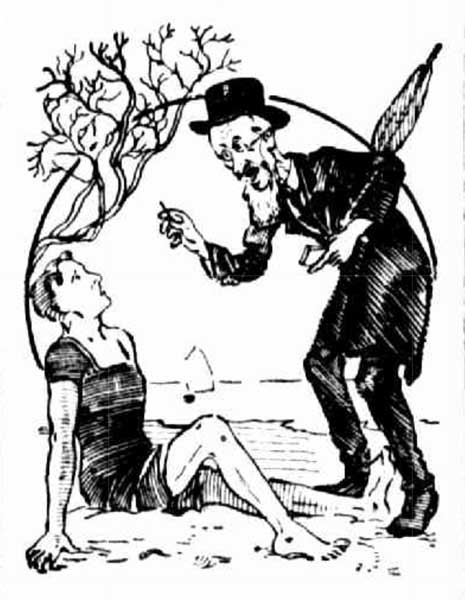 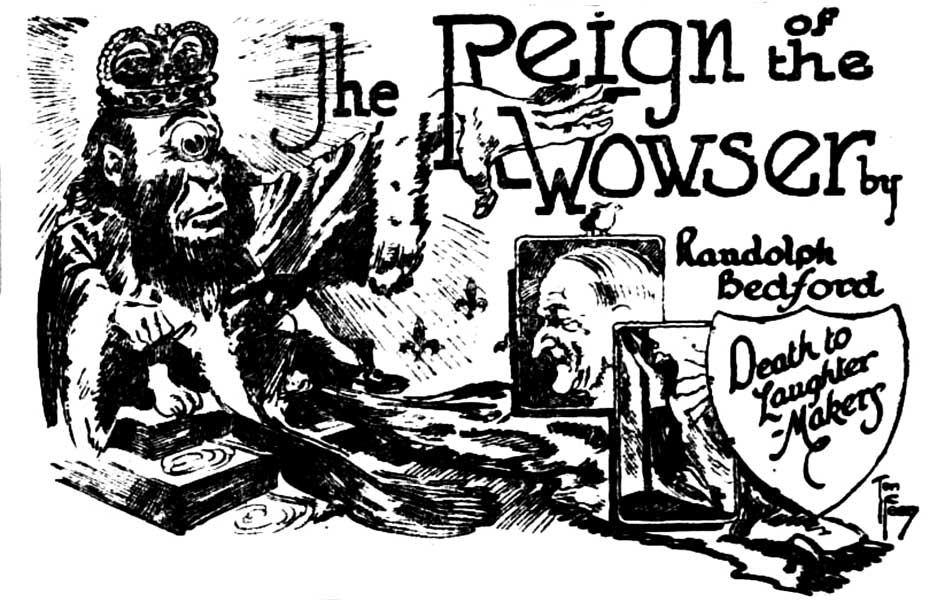 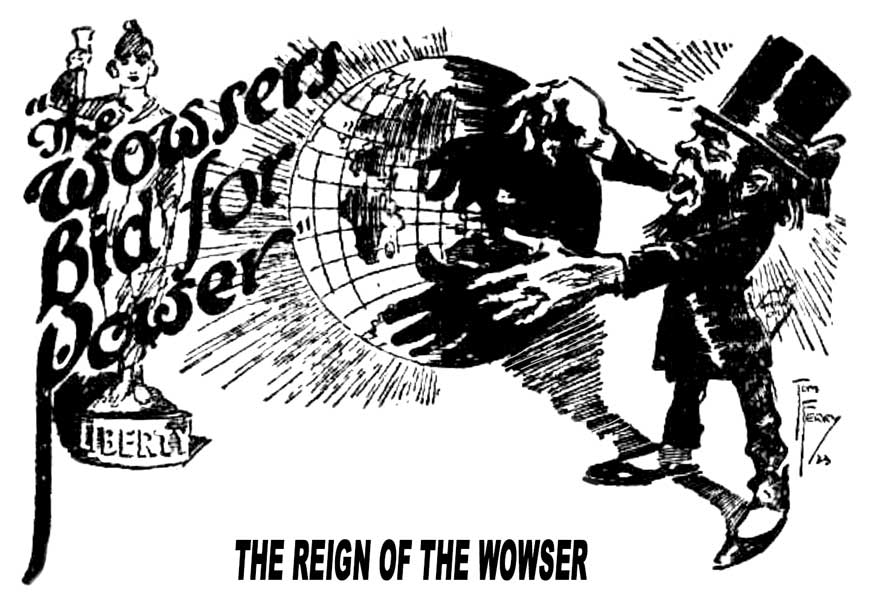