Many Worse Places Than Warburton 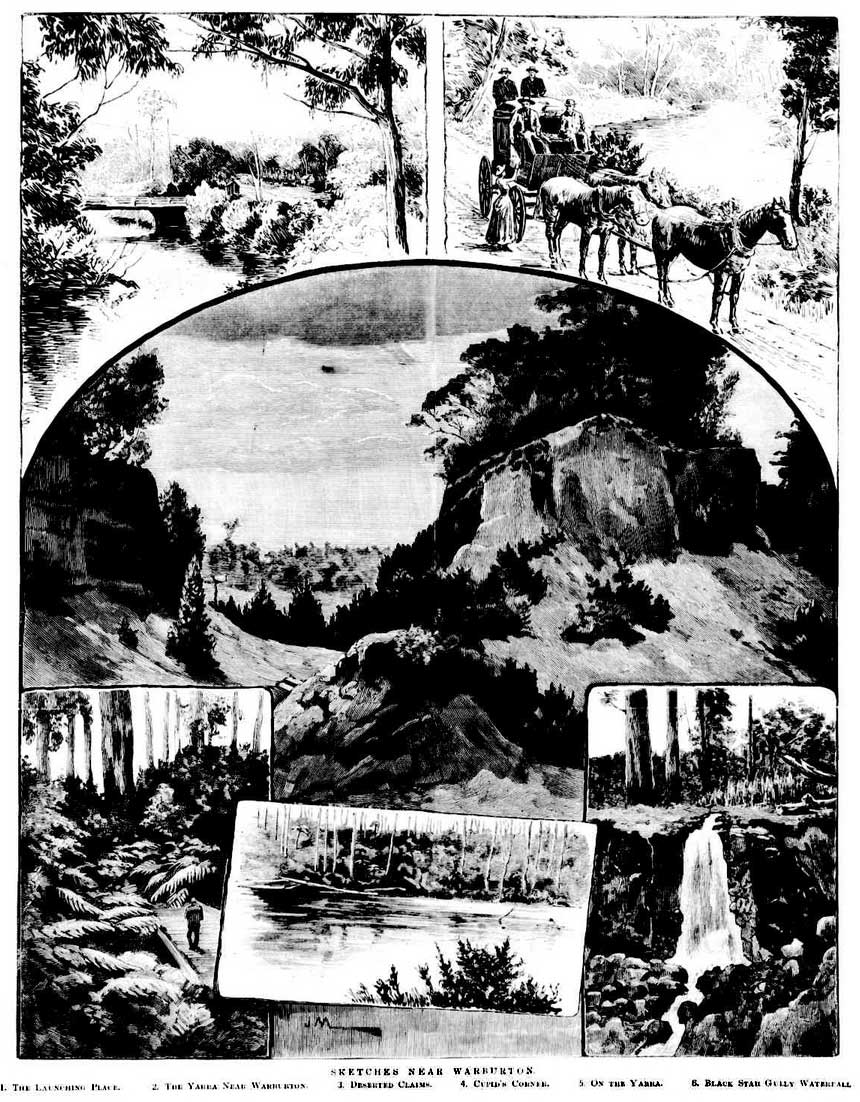 Since the opening of the railway to Lilydale the progress that the small townships farther out are making has been remarkable. Places the name of which a few years back were scarcely heard of outside the limits of their district, have suddenly blossomed out as holiday resorts, and where in former times only one went, now there are fifty. A good example of this rapid growth is the township of Warburton, which lies about 27 miles to the east of Lilydale.

Not so very long ago one coach, running three times a week was sufficient to carry all the passengers but now, especially in the summer months, there is plenty of loading to keep two, at least, going everyday. The road for more than half of the way is very uninteresting, but as it gets up near the Launching Place, a bit of which we illustrate, it livens up. About 7 miles on the other side of the Launching Place, Warburton itself is reached. As has been the case with numberless other townships the origin of Warburton’s existence was gold and it is essentially a mining township. Outside it may be seen the claims and the hill sides all cut to pieces by sluicing, and every now and then one comes on a subject like that depicted in our illustration of a deserted claim.

Warburton, however, does not rely on its mining incidents alone to interest the visitor. There are beautiful bits of scenery on the Yarra, the Black Star Gully Waterfall, Cupid’s Corner and all that variety of landscape that is to be met with in mountainous country, so that there are many worse places than Warburton to spend a weeks, or even a months, holiday at.

There is someone dear to me who lives near Warburton now. I visited last year and can vouch from personal experience that most places are far, far worse than Warburton.