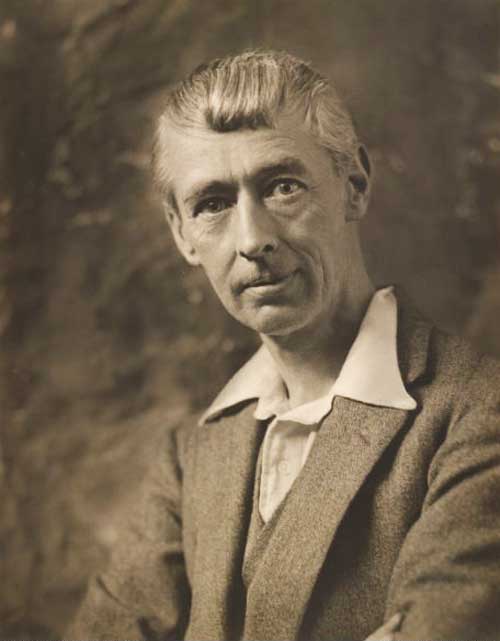 Australian artist Norman Lindsay produced many anti-German drawings and cartoons as well as posters for the 1916 Conscription campaign (before learning of the death of his brother at the Western Front in France).

Early in 1917 Norman had heard that his brother Reginald had been killed on the Somme and he later received his blood-stained notebook. He turned to spiritualism and with the aid of a ouija board believed he was able to communicate, not only with Reginald, but such departed celebrities as Shakespeare and Apollo.

This new interest led to a permanent rupture in his long friendship with (his brother) Lionel. Rose’s first pregnancy was almost fatal and the child stillborn and in 1919 his sister Ruby died of influenza. At Strathfield Norman and Rose were married with Presbyterian forms on 14 January 1920. His divorce from a reluctant Katie was made absolute on 28 January.

From this troubled time came a thorough reappraisal of his thoughts on art and life that were published first in Art in Australia in 1920 and more fully in Creative Effort (1924).

Based on elements drawn from Plato and Nietzsche, Lindsay sought to construct for himself a systematic philosophy of art and life that denied all social and political progress. History was eternal recurrence.

The creative mind, especially the masculine, existed apart from the mass mind which, essentially feminine, constantly attacked it with the aid of such lesser breeds as Jews, Asians and Africans. Modernist art and the war were but the most recent manifestations of these unending attacks upon the creative elite.

Partly as a distraction to the horrors of the war he wrote the classic and brilliant children’s tale ‘The Magic Pudding’ in 1918. (Australian Dictionary Of Biography)

Lindsay was born in 1879. Until he was about 6 years old his mother insisted on him remaining indoors because strenuous physical activity, as a result of a blood disorder, brought on a blistering rash. Thus confined, he taught himself to draw. A few years after Lindsay achieved this life defining skill, Friedrich Nietzsche, a major inspiration behind Lindsay’s concept of a creative, elitist morality, suffered a complete mental collapse and, ironically, was looked after for the rest of her life by his mother.

The following posters and cartoons are all by Lindsay. 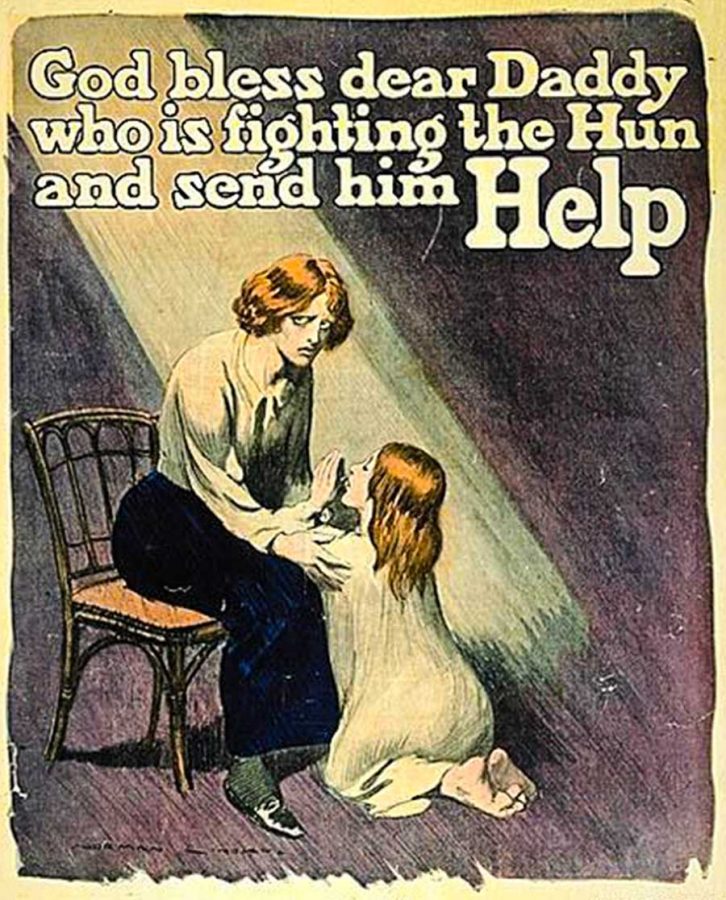 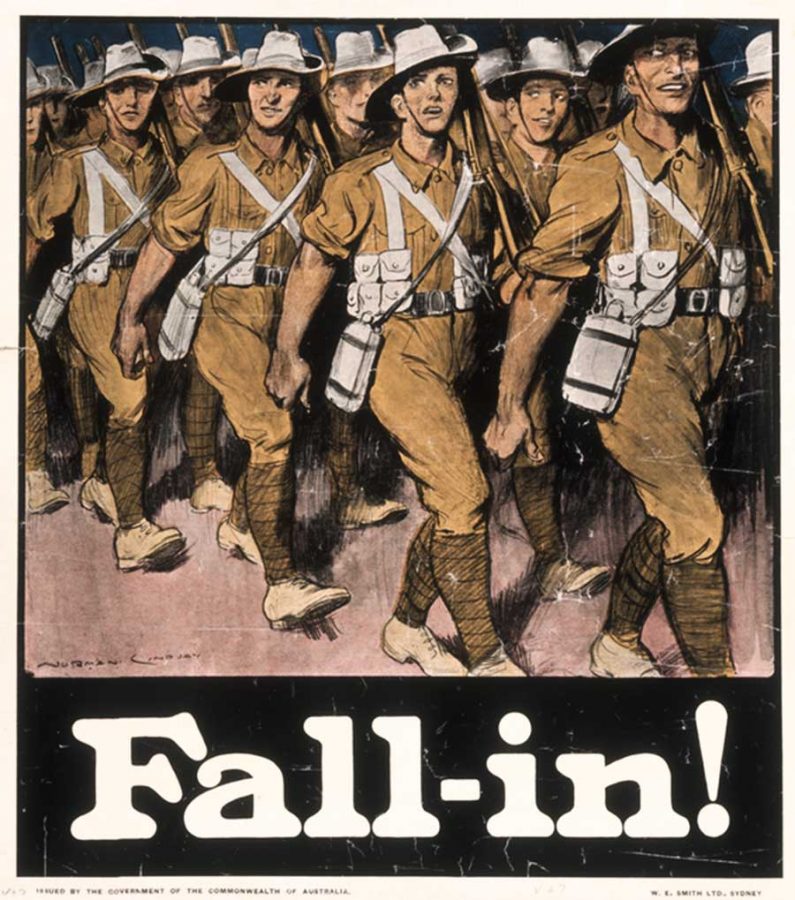 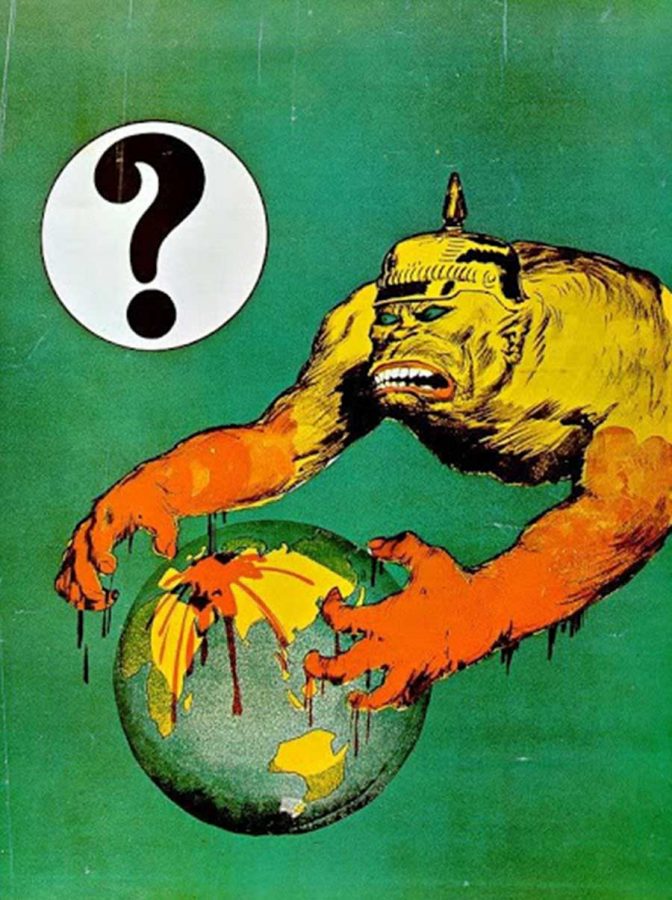 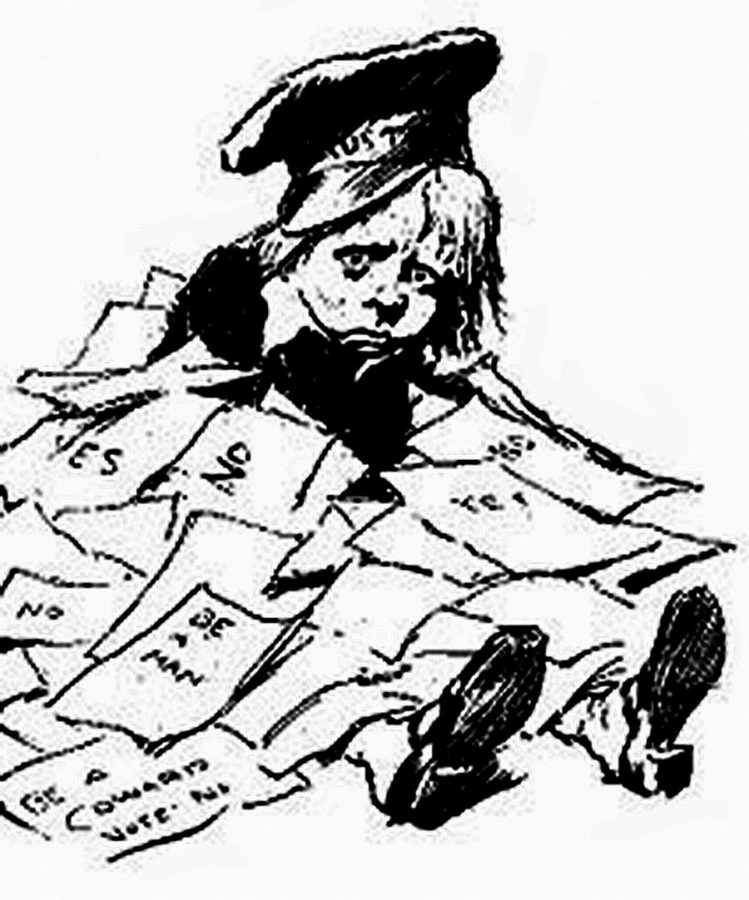 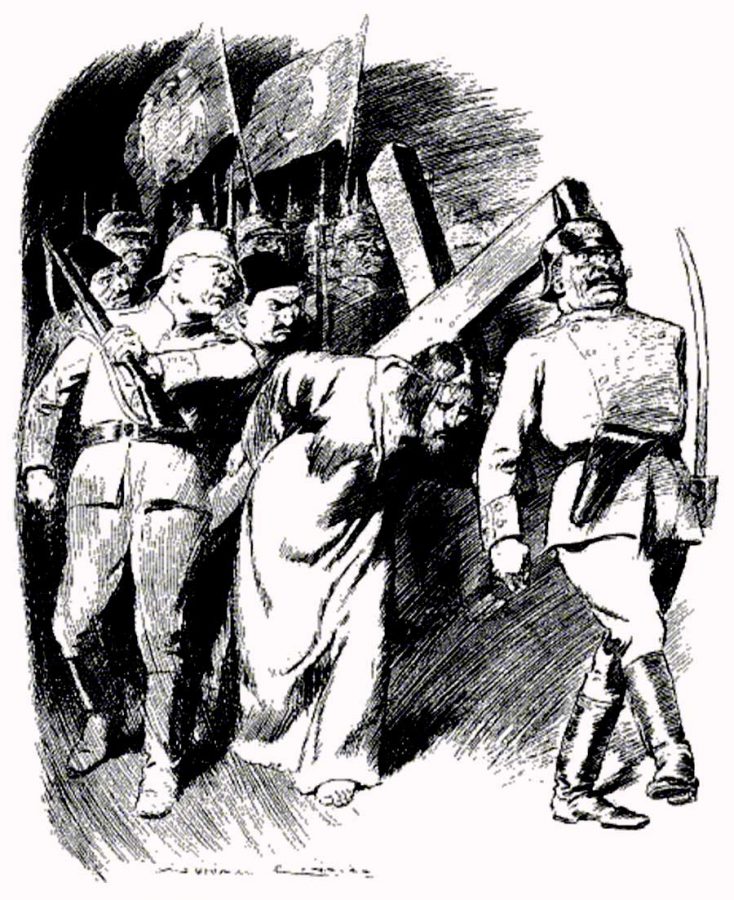 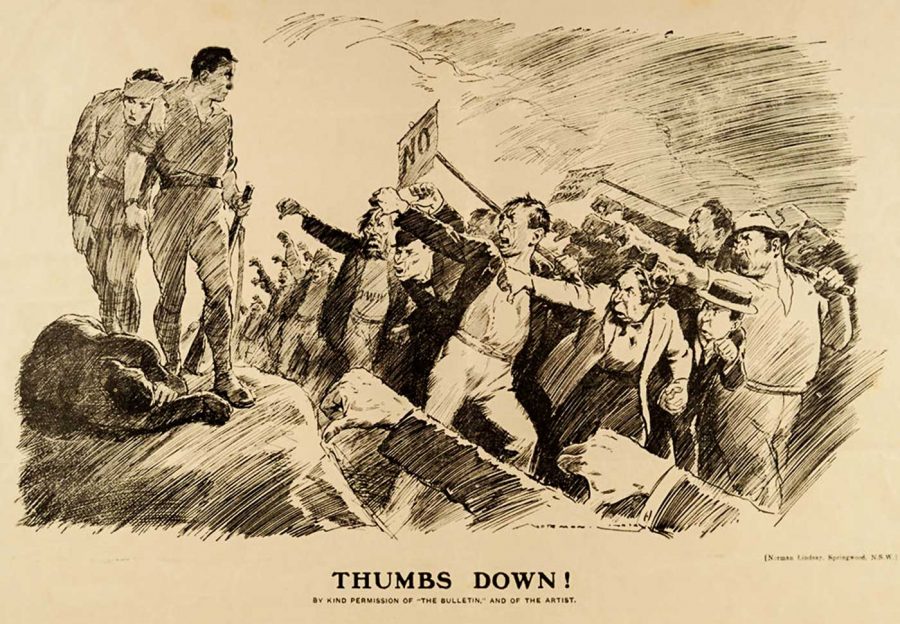 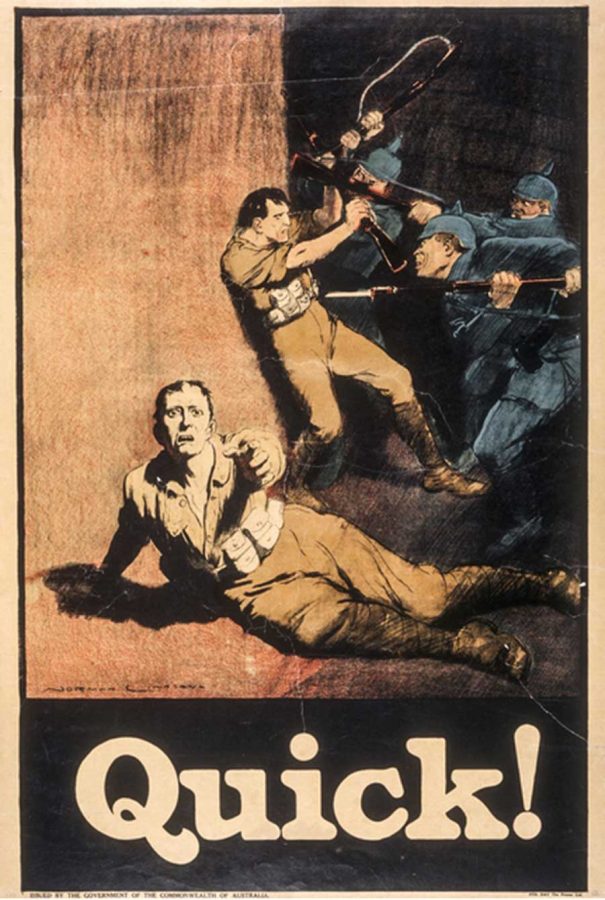 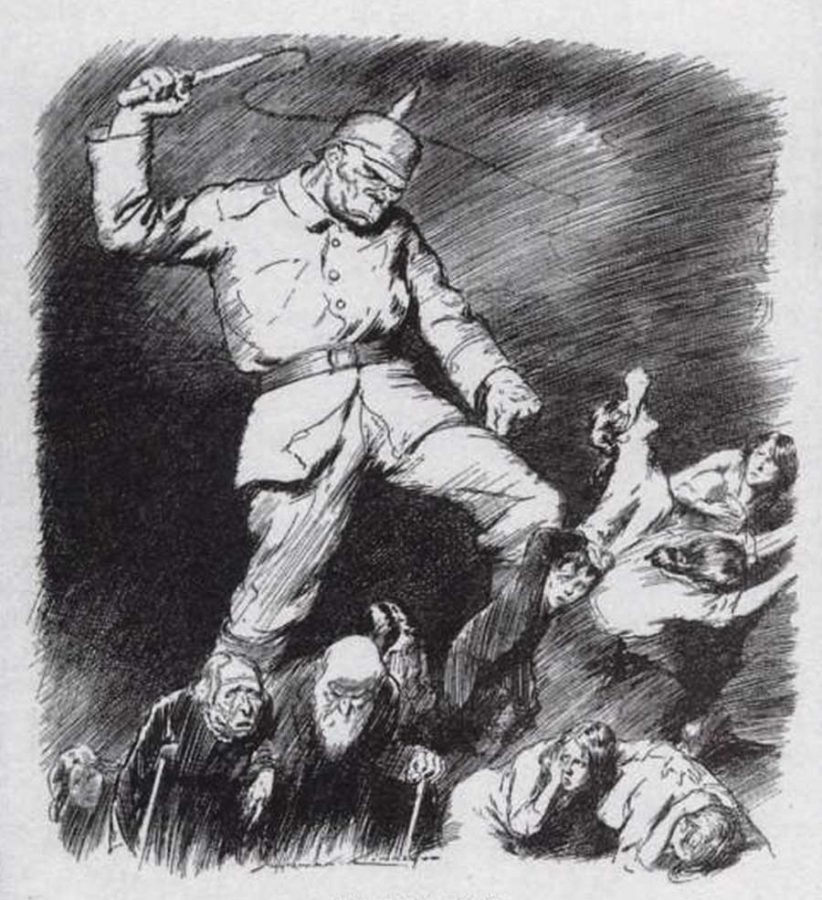 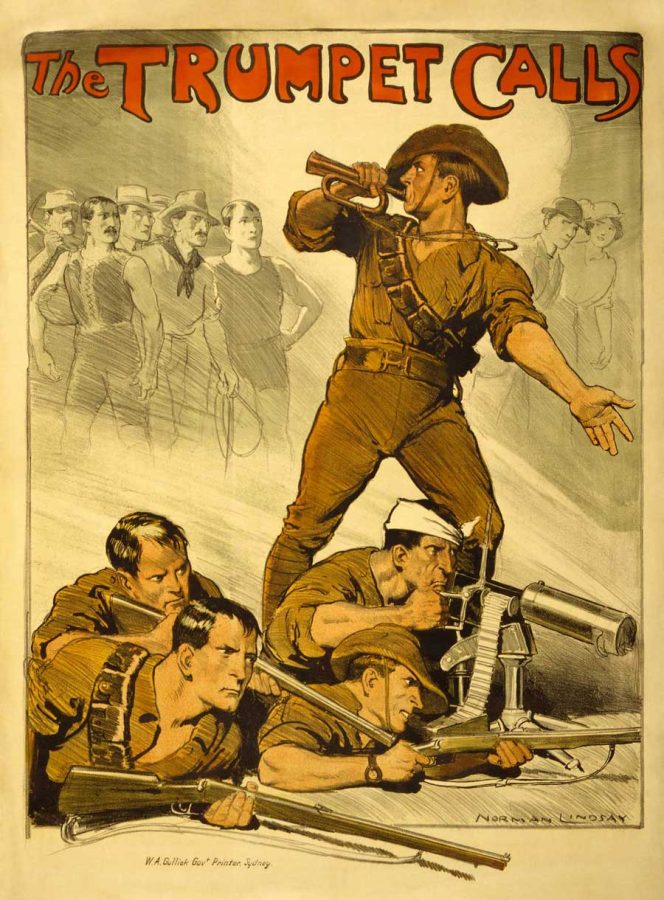 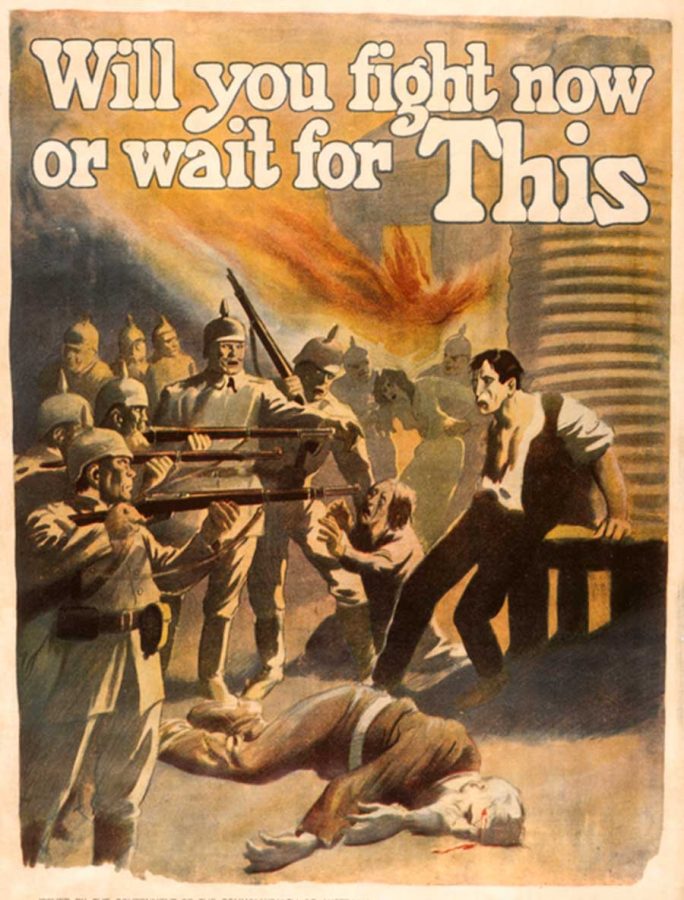 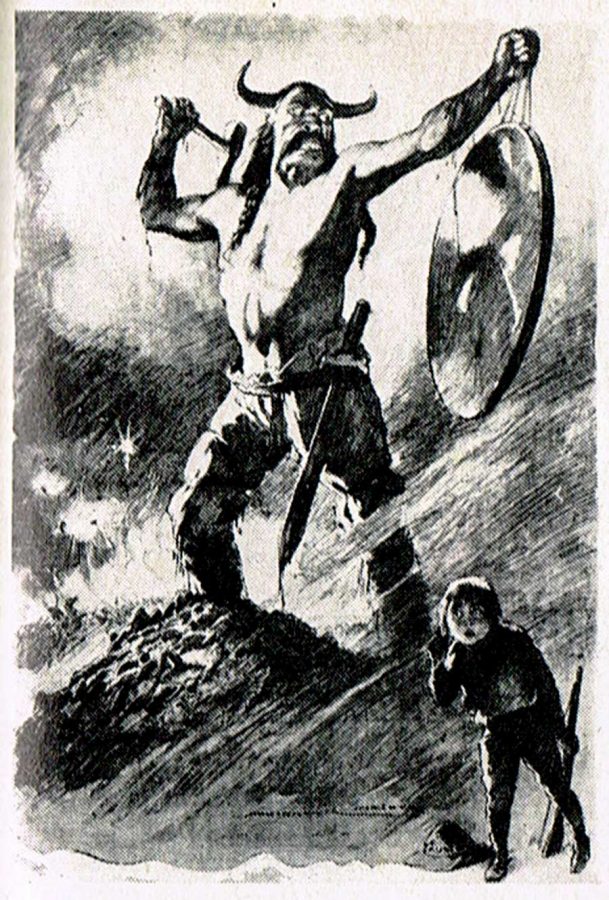 The War God Sounds His Gong 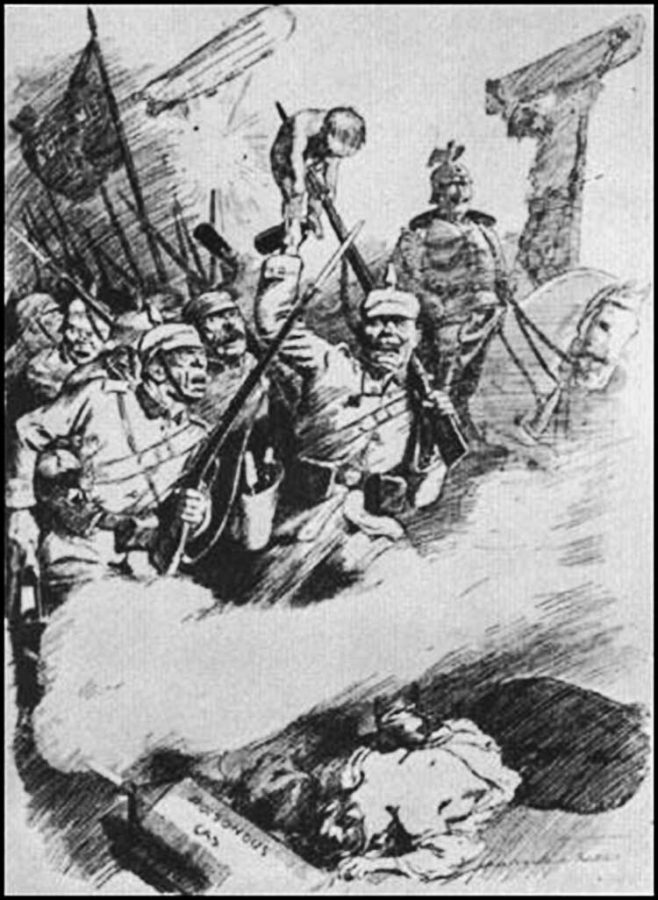 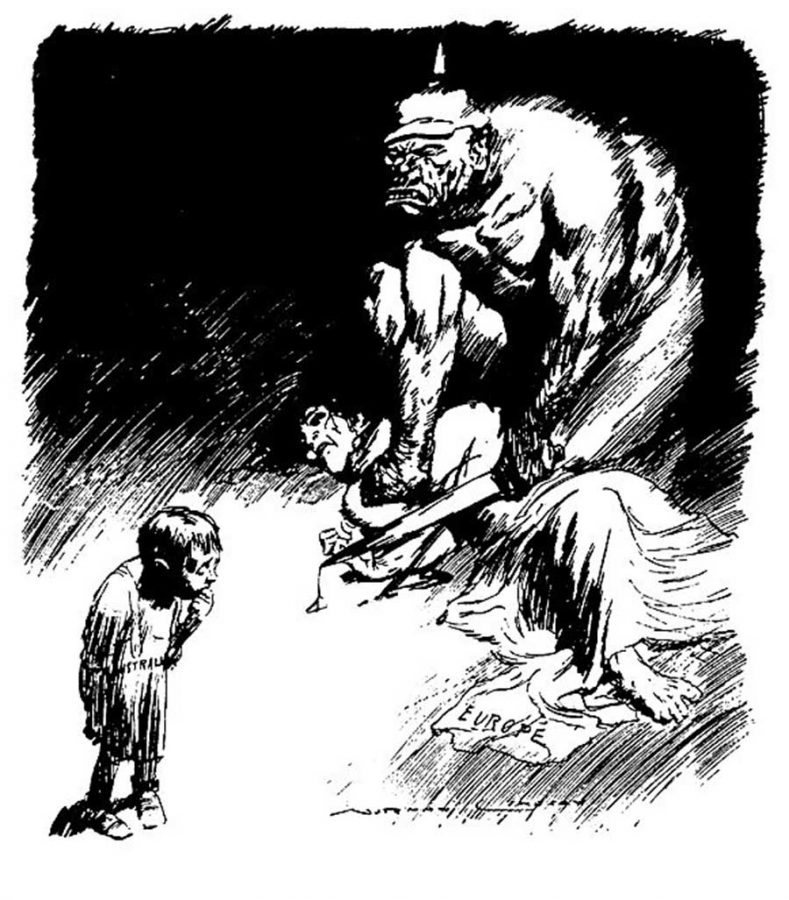 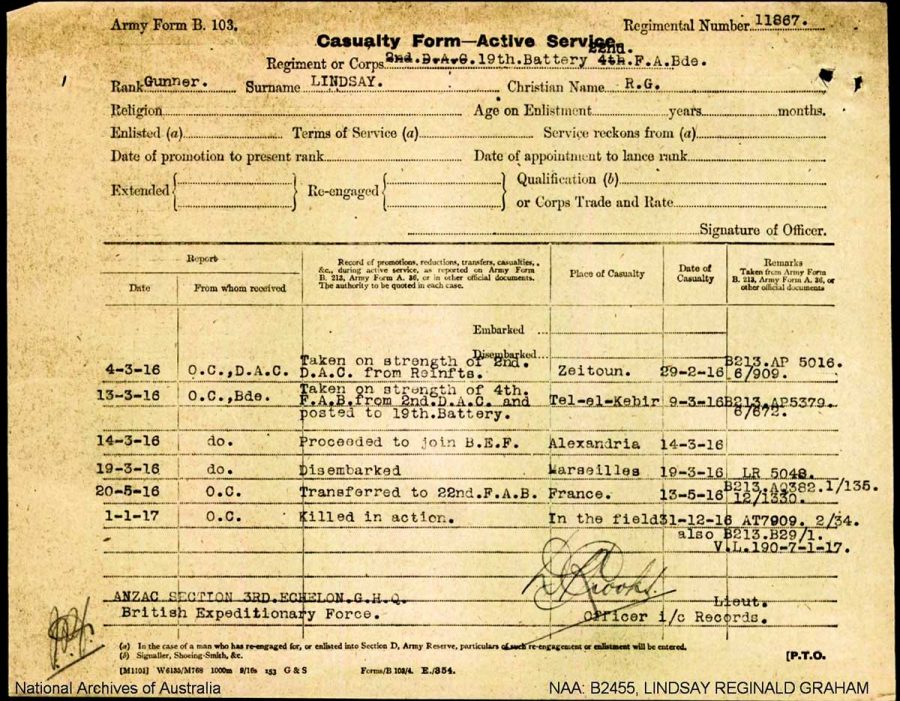 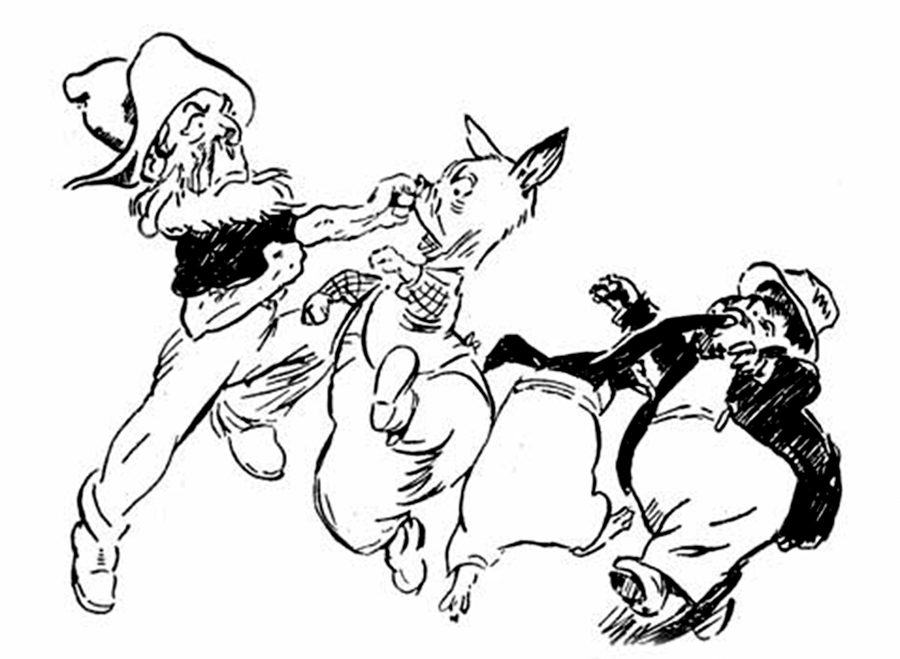 Characters from ‘The Magic Pudding’ 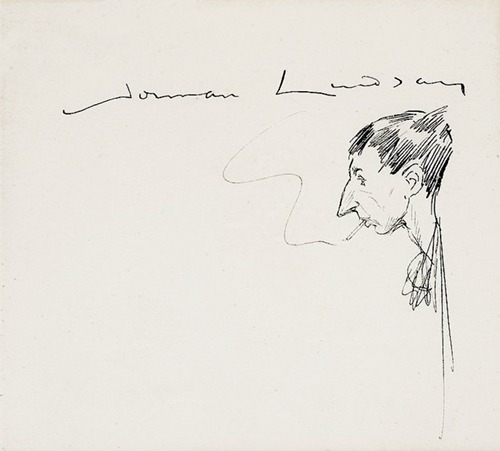