To eat or not to eat: that is, ingestion? 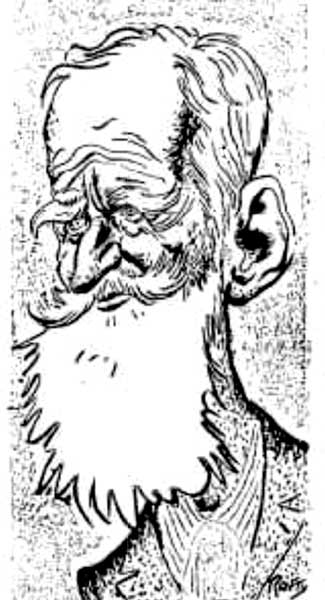 GEORGE Bernard Shaw, a vegetarian to the last, gave some thought many years ago to his funeral. He is quoted as once having said:

My will contains directions for my funeral, which will be followed not by mourning coaches, but by oxen, sheep, flocks of poultry, and a small travelling aquarium of live fish, all wearing white scarves in honor of the man who perished rather than eat his fellow creatures. It will be, with the exception of Noah’s Ark, the most remarkable thing of the kind seen.

At 90, George also stated that his healthy eating habits would ensure he reached 100 years of age – unfortunately he missed a telegram from the Queen, having died in 1950, aged 94.

Vegetarians often receive plenty of corny ridicule from carnivores (pun intended) – it’s not a modern thing though – here’s a selection of early cartoons from old newspapers.. (click on any image to start slideshow) 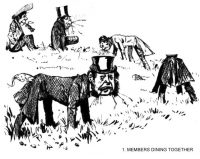 Robertson, a vegetarian, was Premier of NSW 5 times. 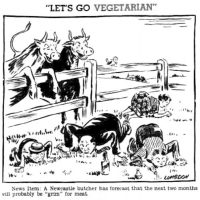 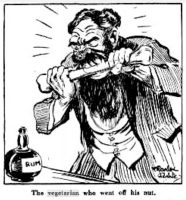 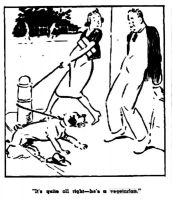 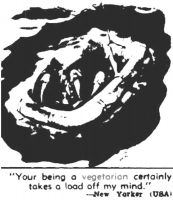 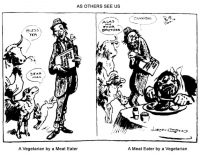 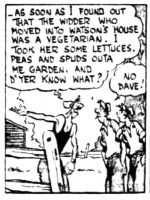 Now I can look at you in peace; I don’t eat you any more.
― Franz Kafka