“London is so full of soldiers,” says Mrs. Holman, who returned yesterday from her trip to Europe, “that one wonders if any have come back to Australia.”

“What is war bread made of,” somebody asked casually. “Anything at all.” said Mrs. Holman, laughing.

You certainly don’t want to eat it. All the busses carry the legend ‘Eat less bread,’ and printed notices urging the same moderation are laid beside one’s plate. Sugar is a much prized commodity, and in lieu of the old-time chocolate and flowers gifts of sugar are made. Husbands who live out of town are rapturously received when they bring home in their brief bags a neat little package of sugar — which the housewife has probably had to do without for days. 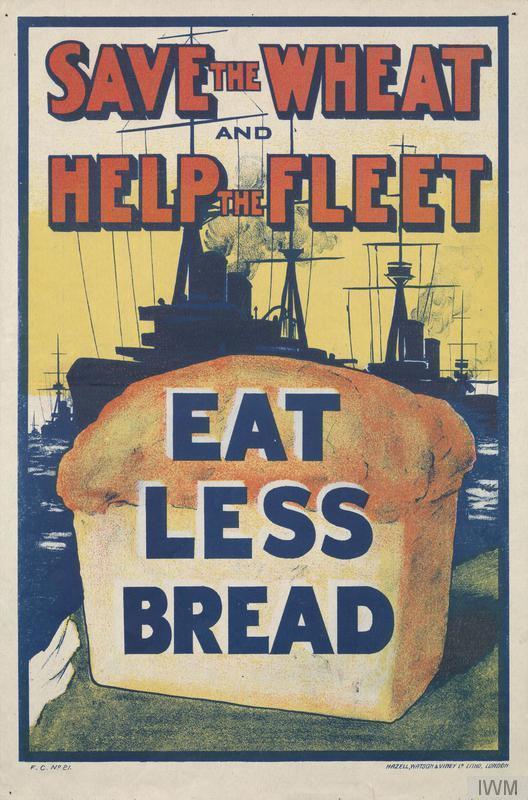 During World War I, ships bringing imported food supplies into Britain were extremely vulnerable to German U-boat attack. By 1917, 400 Allied ships a month were being sunk.

The lot of the German child is pretty miserable just now. It has been mentioned in “The Age” how the German authorities have appealed to the children to ‘eat less bread,’ and thus set an example for their guilty parents to follow: but a well-known pedagogist Dr. Denicke, has gone a step farther, and urged the children of Germany to masticate their food for a long while, so as to increase its nutritive value, and satisfy the appetite with less food. 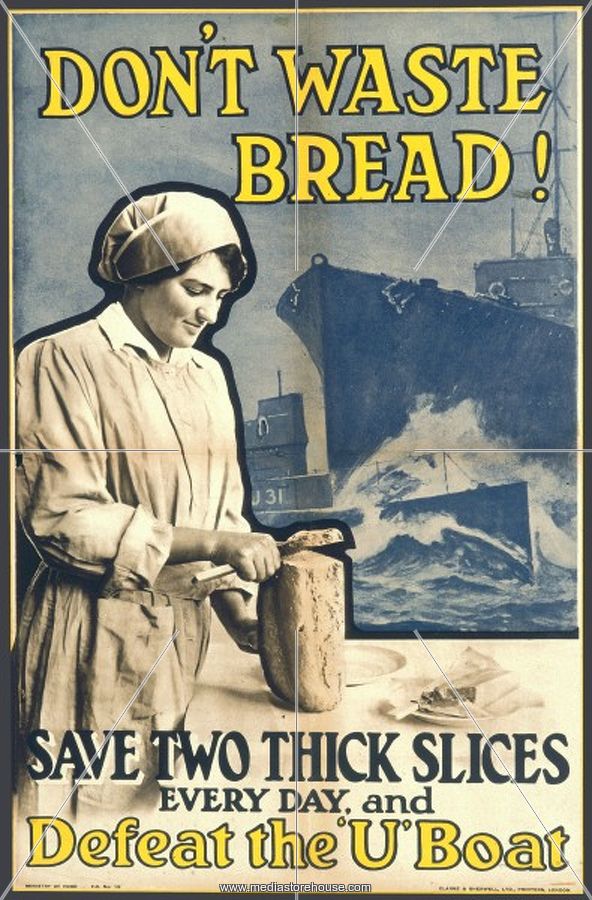 An English friend of an Armidale resident in a letter by the last mail says that everywhere in England may now be seen the familiar legend, “Eat less bread.” In the trains, busses, papers and magazines this injunction forever meets the eye.

For tea we get only a plate of soup, a piece of bread, and as much tea to drink as we like. The meat and bread seem to be the scarcest commodities. The bread carts have all got printed on them ‘eat less bread.’ A soldier here remarked at tea the other night that his plate was damp, whereupon his mate said ‘Don’t rub that off, Bill; that’s your soup. 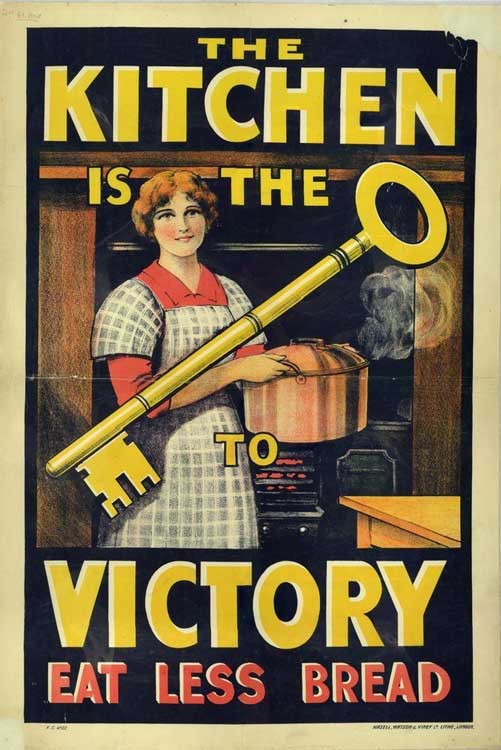 A man anxious to remind the public of their duty planted out his lettuce patch, about 20 yards in length, in the form of letters a yard and a half long, and the passers-by may see a fine display of young lettuces which conveys the injunction, “Eat less bread.” 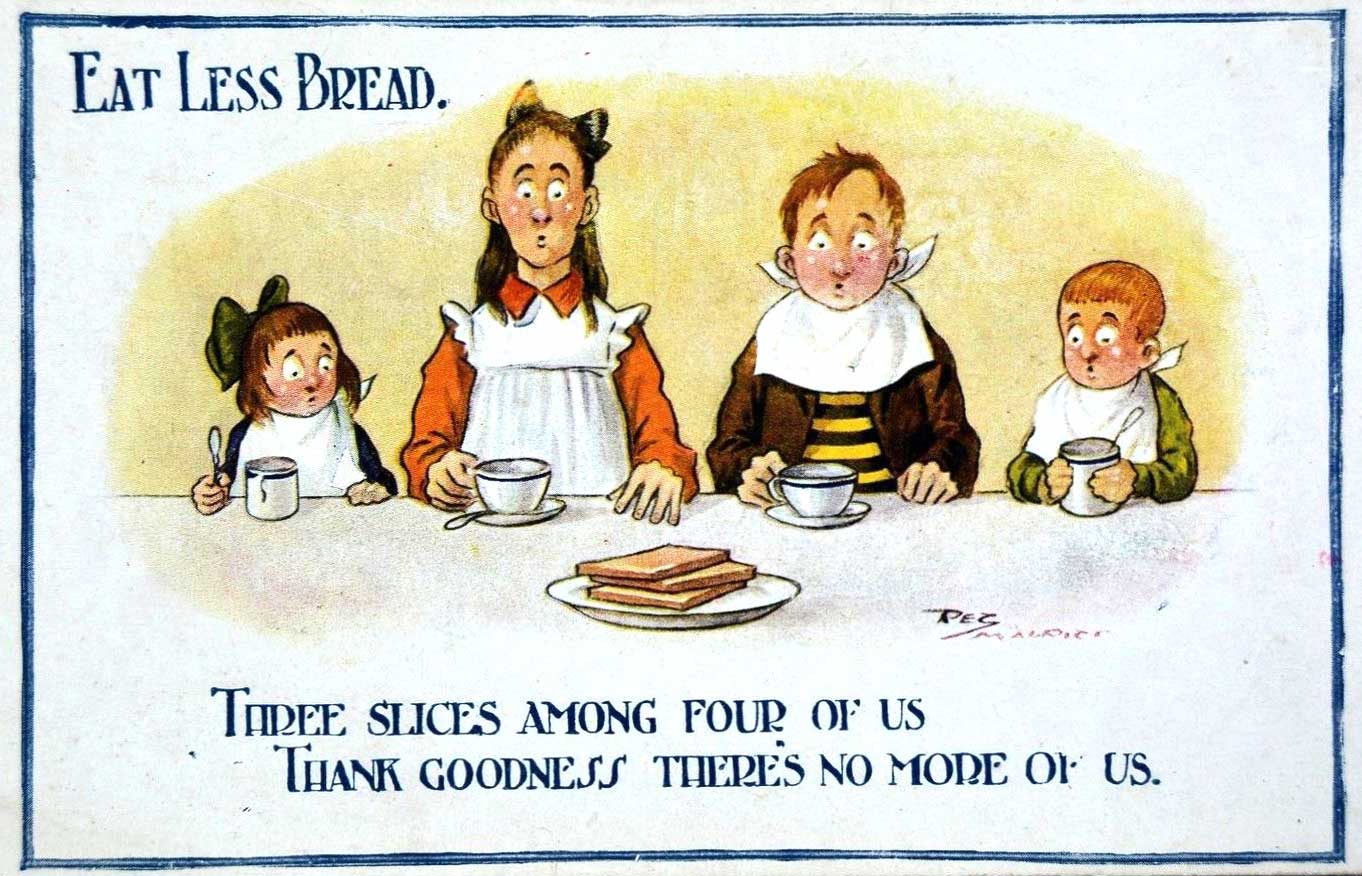 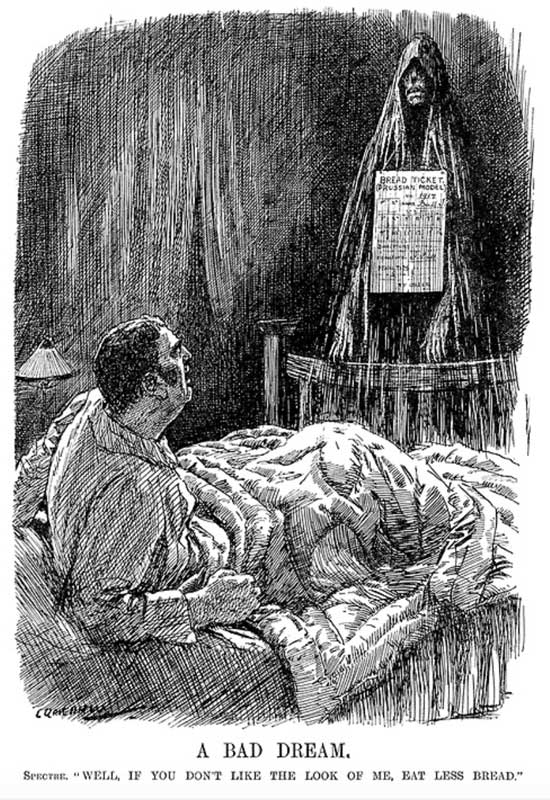 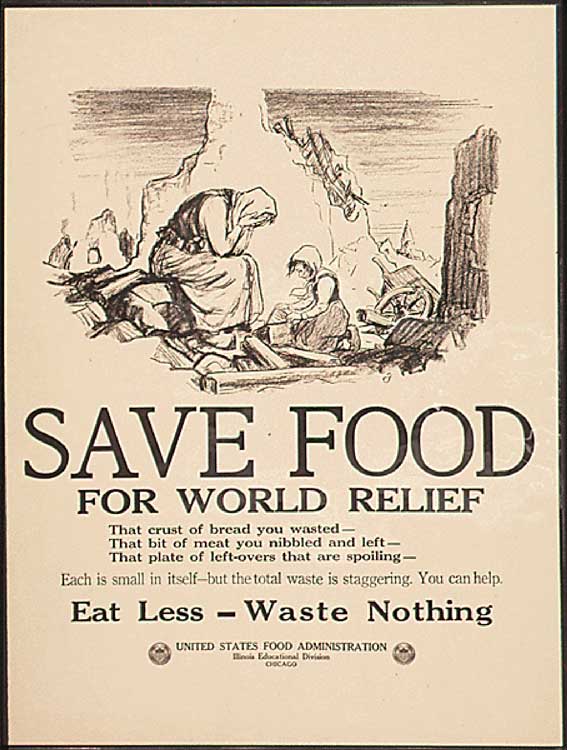