A sturdy word from Birdy 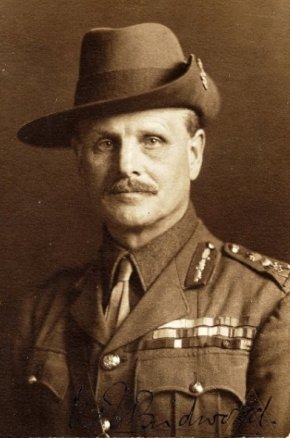 When the First World War began, Britain’s Minister for War, Lord Kitchener, placed Major General William Birdwood in command of the Australian and New Zealand forces bound for Europe. Before they reached England, however, the ANZACs, as they would soon be known, were ordered to disembark for training in Egypt. The First Australian Division landed in Egypt in November 1914 and camped at Mena near Cairo and the novelty of the surroundings and the ‘lack of intuitive discipline resulted in somewhat of an outbreak, both with regard to conduct and sexual matters’. Commander-In-Chief General Birdwood took a personal interest in the problem of venereal disease debilitating his troops. He sent a letter to Major General Bridges a week before Xmas, marked “For Private Circulation Only”, insisting the issue be addressed. The following are excerpts from Birdy’s letter….

We have been given some breathing time here by Lord Kitchener for one object, and one object only – to do our best to fit ourselves to join in the struggle to the best advantage of our country. I honestly do not think that all of our men realise that this is the case. Cairo is full of temptations and a few of the men seem to think they have come here for a huge picnic….   there is no possibility whatever of our doing ourselves full justice unless we are every one of us absolutely physically fit and this no man can possibly be if he allows his body to become sodden with drink or rotten from women, and unless he is doing his best to keep himself efficient he is swindling the government which has sent him to represent it and fight for it. From perhaps a selfish point of view too, but, in the interests of our children and children’s children it is as necessary to keep a ‘clean Australia’ as a ‘White Australia’.

He followed this up with a circular headed “Warning To Soldiers Respecting Venereal Disease”.

Venereal diseases are very prevalent in Egypt. They are already responsible for a material lessening of of the efficiency of the Australasian Imperial Forces, since those who are severely infected are no longer fit to serve. A considerable number so infected are now being returned to Australia invalided, and in disgrace. One death from syphilis has already occurred. Intercourse with public women is almost certain to be followed by disaster…   Soldiers are also urged to refrain from the consumption of any native alcoholic beverage…   these are nearly always adulterated, and it is said that the mixture offered for sale is often composed of pure alcohol and other ingredients, including urine, and certainly produces serious consequences to those who consume it. As these drinks are drugged, a very small amount is sufficient to make a man absolutely irresponsible for his actions.

At the time of Birdy’s circular, about 3% of the force were affected by venereal disease on any one day.