On the occasion of a ‘Band of Hope’ picnic at Mordialloc recently, Miss Mary Howard and Miss Inez Judd visited the local baths to bathe. Miss Judd, who could not swim, got out of her depth, and Miss Howard went to the rescue. Miss Judd struggled and clung to her rescuer and both were in danger of being drowned. Miss Howard eventually freed herself, and swam to the piles, with the idea of calling assistance. Seeing Miss Judd carried close to her, and apparently insensible, Miss Howard caught hold of her and managed to keep her up until both were taken out of the water. Restoratives were successfully applied. Mr. W. Judd of Cheltenham, father of Miss Inez Judd, has sent a brooch and letter, expressing his gratitude to Miss Howard, and the matter is to be brought under the notice of the Royal Humane Society.

Inez was the grand daughter of Cheltenham pioneer Samuel Judd. and my great, great, great maternal Aunt. Inez was 31 years old at the time of this incident and a single woman. She married her husband Stan Macbeth in 1915 when she was 38.

What would constitute a ‘restorative’ for a drowning woman in 1908? 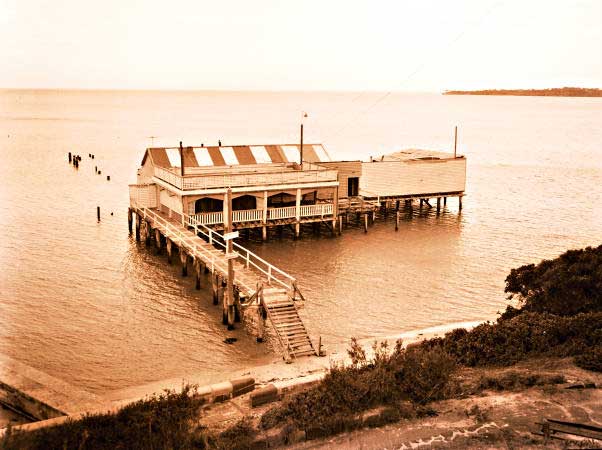 The name ‘Inez’ was extremely popular for baby girls from about 1880 to 1900; especially in America. It’s use then fell away dramatically and has never recovered. It is an Americanised form of the Spanish name ‘Ines’, which is a version of ‘Agnes’, meaning ‘holy’ or ‘sacred’.

Mordialloc, Mentone and Beaumaris all had lovely sea baths in the early 20th century.

Until the 1930’s mixed bathing was not allowed so a red flag was raised during the hours allocated to women and a white flag flew during the times when males were swimming.

The ‘Band of Hope’ was an alcohol temperance movement closely associated with the Church. The Judds were staunch supporters of the Church and temperance movements in Cheltenham. Good citizens were encouraged to sign pledges of abstinence on cards like this – other versions of the card also included tobacco. 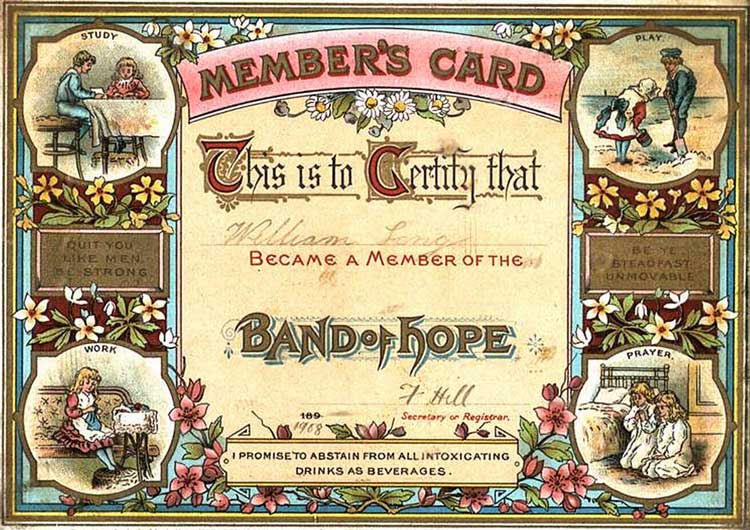 An early victory for the Band of Hopers was the introduction of 6 o’clock closing time for pubs around Australia during WW1.