Ken Quennell was a ‘softgoods’ salesman who had travelled with his parents to England in 1933 on the ‘Esperence Bay’. After he returned to Australia, his engagement to Audrey Halliday was announced in October 1934. When they were married 2 years later at Brighton, the event made the social pages of ‘The Argus’. 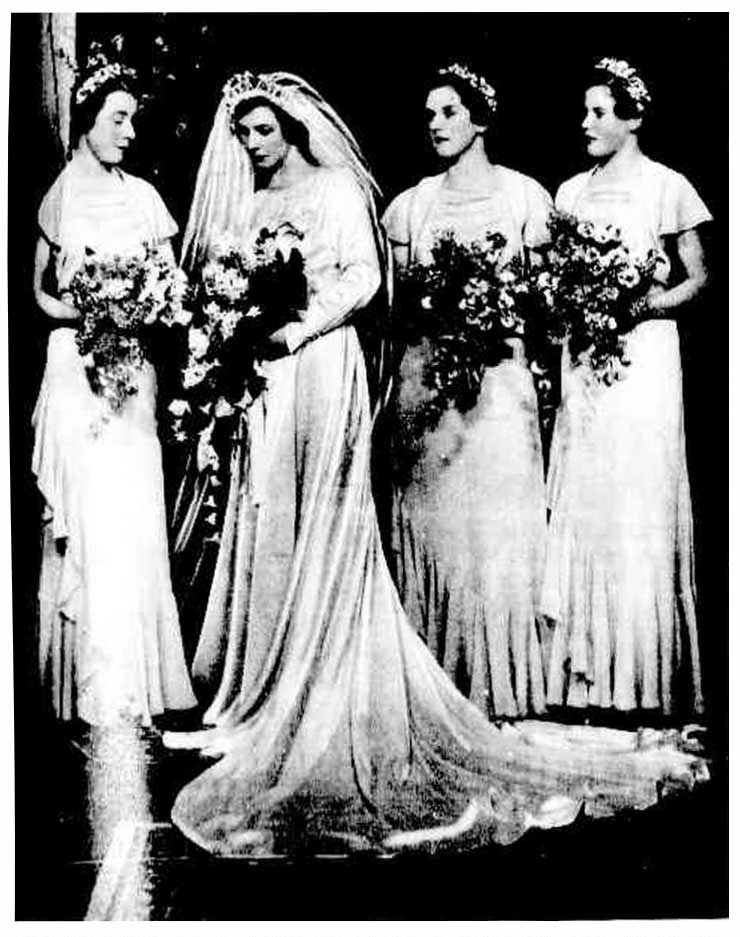 The officiating clergyman was the Rev Hugh Kelly who was assisted by the Rev H.G. Jones. The bride was given away by her father. She made a very charming picture in her frock of pale parchment satin of which the boot shaped neck was outlined with a row of tiny pearls. The very full skirt was cut to merge into a long flowing train while over all fell a veil of filmy tulle mounted on a coronet of orange blossom. 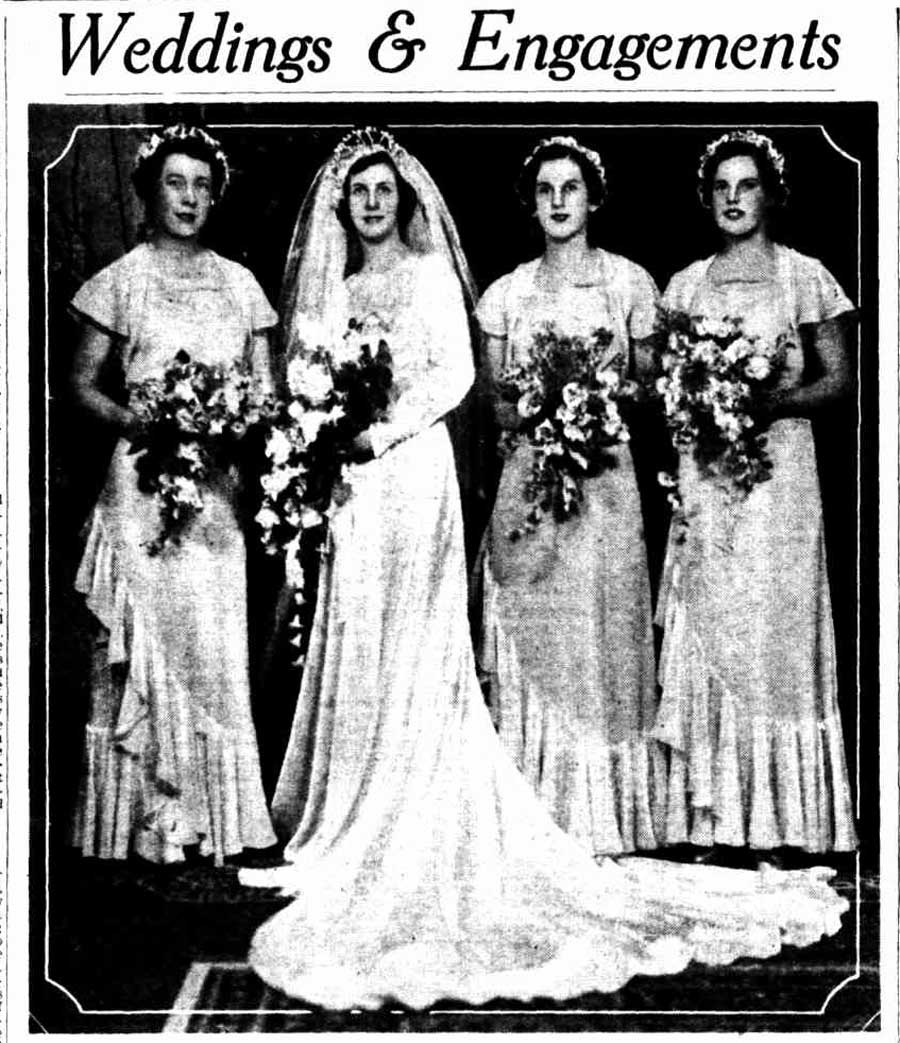 The  bridesmaids’ delightful frocks had softly draped bodices and a wide frill was arranged spirally around the skirts. The best man was Mr C. A. Stamp and the Groomsmen Mr H. Edwards and the brides brother Mr R. Hallldav.

The ushers were Messrs Max Kelly, Ian Halliday, Rob Edwards and Lindsay Kelly. After the ceremony a wedding breakfast and dance was held at 9 Darling street South Yarra. Only weeks after the wedding Ken was in the news again!

MELBOURNE Tuesday. How a shearer who visited the State Savings Bank, Elizabeth Street, to draw out £8 and received a passbook containing £46/10/3 which he did not return, was told to Mr. Justice Lowe in the Criminal Court today when Ernest Albert Mills, shearer, of Euroa, was charged with the theft of the money.

The Minister for Labor (Mr. E. J. Mackerell, M.L.A.) was called on Mills’ behalf and stated that he had known him as an honest man for 15 years.

Opening the case for the Crown, Mr. Book, K.C., said that on October 2 Kenneth Bruce Quennell, manufacturer’s agent, of Weir Street, Brighton, went to the bank to draw out £46 /10/3. At least one mistake was made which led to the prosecution. When Quennell posted his passbook and withdrawal form, he received a ticket numbered 638. The paying teller received the passbook, took the money from the till, placing the notes inside the book and called out the number.

Police evidence was that when Mills was questioned later in the day, he said he did not know anything about the theft, and had drawn only £8 from the bank and his bank book was at his sister’s home in Richmond. There the police obtained Quennell’s pass book, together with £35, which Mills said he had given to his sister. Accused stated that he had only a few shillings, but £6 /0/4 was found in his pockets. He said that the money was part of a £lO note which he had cashed. He had thought it was a 10/ note until he got the change. Asked about the £35 he had given to his sister, Mills said that the money was a shearing cheque he got from Hay. Accused had been drinking, but was not intoxicated when questioned. The hearing is unfinished.

Kenneth Bruce Quennell was a grandson of William Thomas Quennell and Mary Bruce.