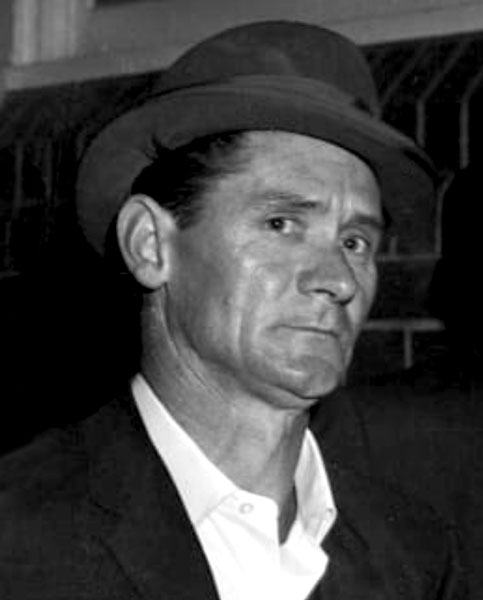 At 8am on 3 February 1967 I was 14 years old and hanging back anxiously at home so I could listen to the radio and hear whether Ronald Ryan had been ‘hung by the neck until he was dead’ at Pentridge Prison, about 10 miles across town, in Melbourne. Ryan had been sentenced to death for the murder of a prison guard during an escape from Pentridge prison in Melbourne. I distinctly remember my deep sadness and anger that local authorities, (represented prominently by Henry Bolte, our horrid little Premier at the time) were so cruel and backward thinking. As it transpired, Ronald Ryan became the last person executed by capital punishment in Australia. 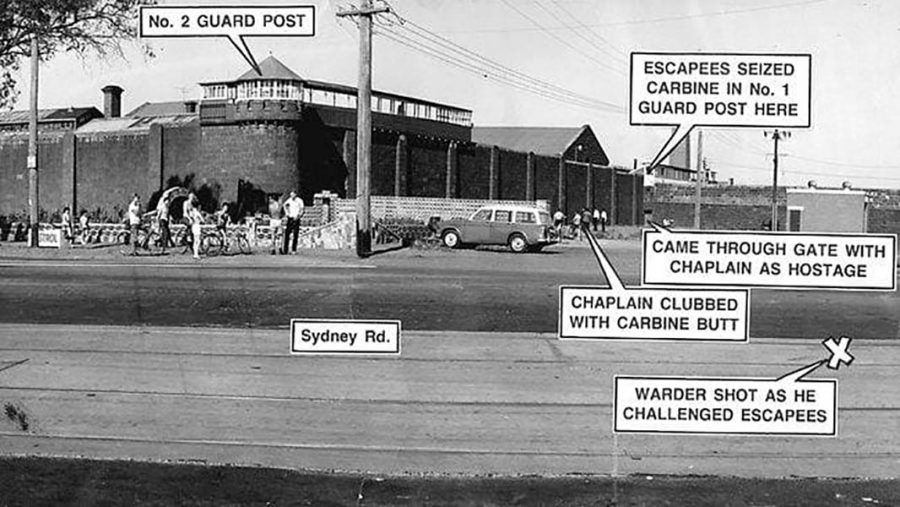 Scene of the escape and shooting

Thousands of pages have been written about Ryan’s guilt or innocence in the shooting of prison guard George Hodson. I think I have read most of them and find the evidence alarmingly weak, contradictory and inconclusive. If Ryan did shoot Hodson, I believe Ryan’s own statement that he had ‘no intent’ and that there was a significant degree of reasonable doubt. The prolonged case and the hanging shook Melbourne to its foundations.

Then Secretary of the Victorian Anti-Hanging Committee Barry Jones, also a high-profile respected State and Federal politician, lawyer, writer, social activist and quiz champion, refused for thirty-five years to comment publicly on the Ronald Ryan hanging. Surprisingly, Jones broke his silence in 2002 at the launch of Mike Richards’ book, ‘The Hanged Man’. Jones told the media;

I remain ‘unsure’ of whether Ryan ever pulled the trigger and it seemed to me that there was probably a reasonable doubt in the case. Ryan’s hanging was an attempt by the then Victorian Premier Henry Bolte, to push his law and order political agenda. Bolte had a manic determination to hang someone and it just happened to be Ronald Ryan.

Bolte – from a painting by William Dargie

Victorian Government Premier, Henry Bolte, was the key figure in the hanging of Ryan. Since 1951, the Victorian government had commuted every death sentence to ‘life in prison’ – 35 capital cases in all. Premier Bolte, faced an upcoming State election (in April 1967) and was determined Ryan would hang. Bolte denied all requests to commute Ryan’s death sentence to life. He wanted to be seen to take a ‘tough on crime’ stance and had insisted that a hanging would win him the State elections by boosting votes around ten percent. (Ed: He was politically correct: his Liberal Government won an extra 6 seats at that election). A few days after Ryan’s execution, the Sydney Tribune reported:

To kill for murder is a punishment incomparably worse than the crime itself. Murder by legal sentence is immeasurably more terrible than murder by brigands. Anyone murdered by brigands, whose throat is cut at night in a wood, or something of that sort, must surely hope to escape until the last minute.

BUT in the other case, all that last hope, which makes dying ten times as easy, is taken away for certain. Here is the sentence, and the whole torture lies in the fact that there is certainly no escape, and there is no torture in the world more terrible.

So wrote the great Russian novelist Fyodor Dostoevsky almost 100 years ago. His words are burning topically for the Australian community today, since Ronald Joseph Ryan, was for weeks subjected to Dostoevsky’s “torture”, than which “there is no torture more terrible”. The Australian press, especially the Melbourne press, has been filled in recent weeks with material exposing the failure of capital punishment to deter crime. The death sentence has been opposed convincingly not only on humanitarian and moral but on scientific grounds as well. But relatively little has been said of the politics of it.

Sir Henry Bolte has relieved all and sundry of the need to argue that the decision to hang Ryan was the political act of a vengeful man, who remembers only too well the defeat he suffered at the hands of the abolitionists in the Tait case in 1962, and finds himself at the head of a vengeful state apparatus. (Ed: 3 years earlier a convict named Robert Peters Tait had a Victorian death sentence commuted to life imprisonment on the grounds of insanity).

Says the sheep-farming sage in justification of his decision to hang a man convicted of shooting a warder. He has indeed gone further. What a wealth of meaning there was in his December statement, when he refused to meet deputations protesting against the decision to hang Ryan, with the words:

I notice the people who are protesting, in the main, are the same people who campaign on Vietnam …

A media journalist once asked Premier Bolte, what he was doing at the time Ryan was hanged. It was reported that Bolte replied;

Oh I don’t remember, I suppose I was having one of the three S’s – either a shave, a shit or a shower.

My teenage sadness and anger about the establishment’s callousness is now contrasted with the warmth and truth I hear in Ronald Ryan’s last written words about the meaning of life.

On the eve of his execution Ryan wrote a letter to his daughters on a roll of toilet paper. It passed through the hands of journalist Evan Whitton on its way to the Ryan family. According to Whitton, these final words read:

Oh! My darlings, how I did, and still do, love your mother. Without her love and your love, life is meaningless to me and consequently I can accept the prospect of death with an unusual calm and composure. Mum and I both shared an exceptionally warm and passionate nature, but through shyness, false modesty and the inhibitions caused by our upbringing, we withheld too much from each other, thus causing a sense of inadequacy and frustration. Viewed in retrospect, and in the capacity for giving and craving love, we both failed to exploit our potential. What I would give for a chance to relive the past, to have some future years in the light of my present insight.

Fool that I was to place other things before love, both physical and cerebral, and the attaining of that rapport which is of heavenly and blessed nature, a blending of the primitive and aesthetic. I ask you to love wholeheartedly and be loyal to your love. Without love, life is nothing. Goodbye, my darlings, and may you get the love and luck you all deserve. I am not afraid, and I think the credit is largely yours. Lovingly yours, Dad.

His girls weren’t allowed to see their father before his execution. They were even denied the dignity and mourning that would come with visiting his grave site.

I do not say that this proves that hanging is a deterrent, but it is a drop of a third, Sir Henry said.

Later the Federal Labor Leader, Mr Gough Whitlam, said that the incidence of murder was no higher in States that had abolished capital punishment than it was in Victoria. In NSW and Queensland, which had no death penalty, there were no more murders than in States where it was still on the statute books. Mr Whitlam said

Victoria was identified with the greatest number of executions in Australia this generation. In fact, Victoria ran second to South Africa in the Southern Hemisphere.

Bolte as he has been caricatured in the newspapers… 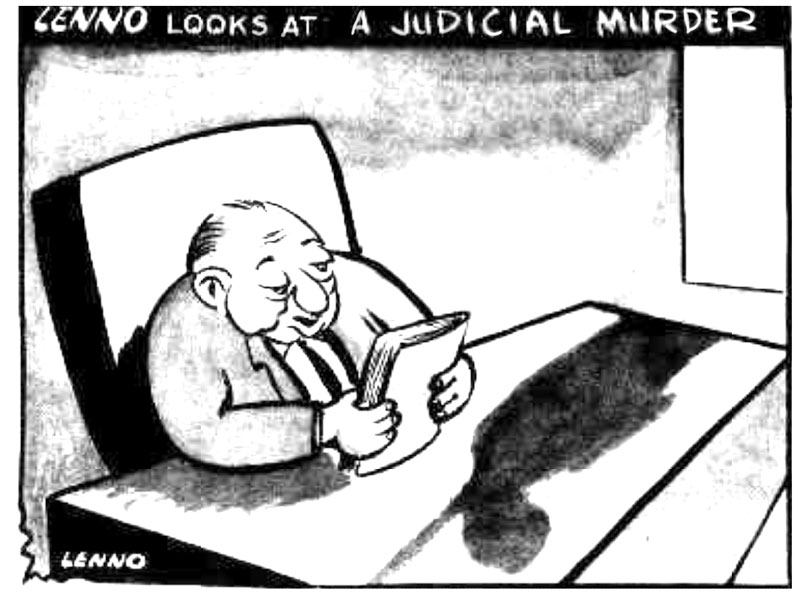 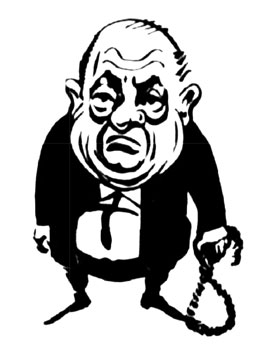 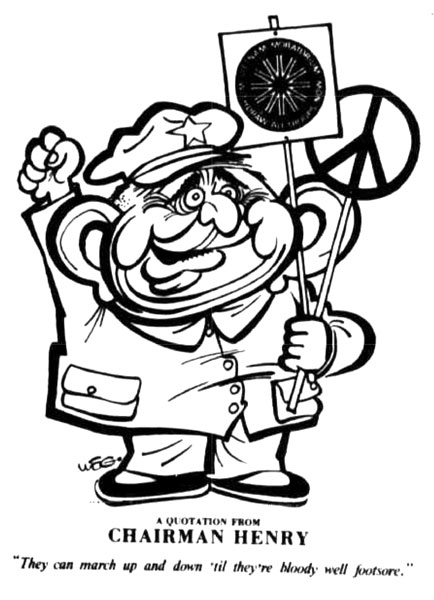 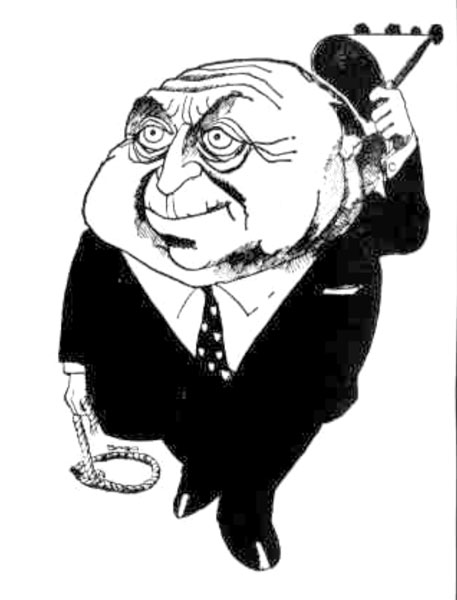 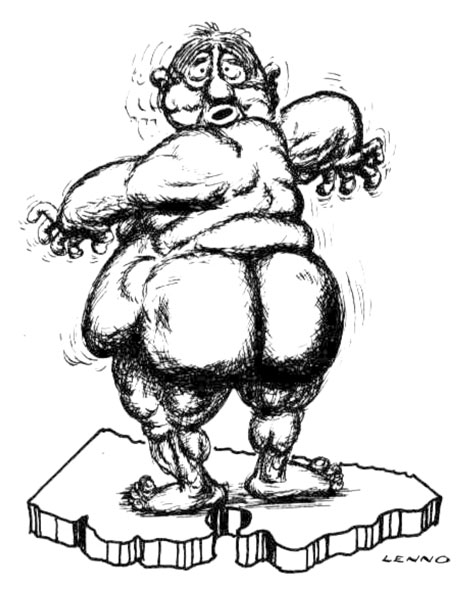 A critique of the case and evidence against Ryan can be read here:

Capital punishment remained the law in five of the six states after Ryan’s death—Queensland had abolished it as early as 1922—but not for long. Tasmania followed in 1968, Victoria in 1975, South Australia in 1976 and New South Wales and Western Australia in 1984.

The federal government abolished capital punishment in the territories in 1973, and the Crimes Legislation Amendment (Torture Prohibition and Death Penalty Abolition) Act 2010 blocked any state or territory from reintroducing it.