My great great grandfather Peter Migan was discharged from the 58th Rutlandshire regiment of the British Army in 1853, having assisted in the transportation of convicts from England and fighting in the ‘Maori Land Wars’. Having decided to remain in New Zealand rather than return to Ireland, Peter eventually settled on Waiheke Island. There he met and married Catherine Fraser whose parents had been the first European couple to settle on Waiheke after sailing from Nova Scotia in 1859.

Peter and Catherine raised 13 children on Waiheke. Peter cut timber for firewood and sailing ship spars and worked at the Mt. Maunganui manganese mine. He died in 1886 aged 67, leaving Catherine to complete the rearing of their youngest children on her own (he had been 22 years older than her). Twenty eight years later, as she reached her seventy third year, the first world war broke out in Europe.

Four of her seven sons joined the New Zealand Expeditionary Forces (NZEF). One son returned before she died and one she never saw again. Two other sons went off to the war after she died in December 1916. 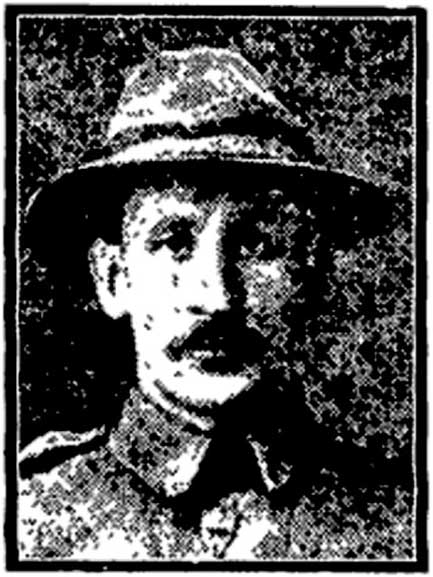 George Migan was a seaman by trade and is pictured here in a New Zealand newspaper on his return to New Zealand in 1916. [It is interesting to me that so many of the Migan boys followed their eldest brother (my maternal great grandfather) Alexander George into careers as sailors].

George was the youngest and the first of the Migan brothers to head off to the war.

George’s Field Engineers regiment were fighting at Gallipoli when an attack of sciatica sent George back to the NZ General Hospital in Cairo for treatment.

After a couple of months he was deemed fit enough for the front and returned to his Unit at Gallipoli.

However, after another two months he was shipped back to the same Cairo hospital this time for treatment of his rheumatism!

On 29 December 1915 George was sent to the rather swank Grand Hotel Hospital in Helouan.

His continued inability to move freely saw him classified as physically unfit and he was ‘invalidated’ back to NZ on the SS Willochra in April 1916.

Nearly a year after his mum died James was wounded by artillery shelling at the infamous battle of Ypres in France. Two days later the lower third of his right leg was amputated, another 3 weeks later he had a ‘re-amputation’ of the middle third of his leg at the NZ Military Hospital No.2 at Welton-On-Thames. Unfortunately infection or other complications led to another re-amputation on 30 November 1917 leaving him with a 3″ stump from the thigh. James already had a right finger missing prior to the war, but he’d now lost significantly more. After about 6 months recovery at Mile End Hospital in Hampshire, James was discharged from the Army in April 1919 as ‘no longer fit for service due to wounds’.

At some point during this period James met an English woman named Jeannie Ashbury Ansell. She sailed from London to Melbourne on the ‘Euripides’ arriving here on 12 May 1920. James and Jeannie were married and later had a daughter named Lillian.

James’s New Zealand Rifle Brigade were known as ‘Dinks’ from the early days of 1916.

On its return from Dabaa, the 2nd Battalion joined the veterans from the Dardanelles then concentrating at Moascar after the evacuation. No distinguishing colour patch had yet been adopted outside the Rifle Brigade, except by the Samoan Relief Force (and New Zealand Native Contingent), and the square “blaze” on the puggaree of the men of the 2nd Battalion was thus all the more conspicuous. With the idea of conveying the impression that the Riflemen were inordinately proud of themselves, the term “The Square Dinkums” was, in derision, applied to the 2nd Battalion, and afterwards, when the other units arrived, to the whole Brigade. Shortened to “The Dinkums,” and again to “The Dinks,” it was an appellation fully recognized within and without the Brigade, becoming eventually almost official. 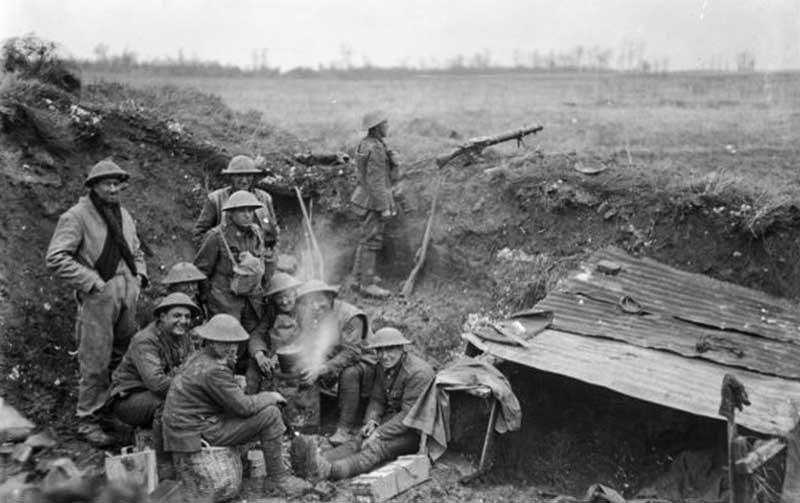 Richard was the oldest of the four Migan brothers who enlisted for WW1. He is described as a ‘Bushman’ in the NZ electoral rolls and had been living and working in the isolated town of Taumarunui on the north island.

Richard joined the 26th Reinforcements of the NZEF  and embarked at Wellington bound for Devonport England in June 1917. Unfortunately Richard was diagnosed with gonnorhoea while on the trip over so that when he disembarked in England he was transferred to the Codford camp. Established among the bleak, bare, undulating Salisbury Plains in Wiltshire, Codford camp was not popular for its surroundings or its exterior attractions. It was a convalescence base for injured soldiers and it was also the first stage on the return journey to the trenches. Once fit for service again, in October, Richard proceeded to active duty in France with the 4th Auckland Reserves.

On 19 December 1917, Richard joined one of the Australian Tunnellers Units then in July 1918 was detached to the NZ Divisional Lewis Gun School at Louvencourt for training in the use of Lewis machine guns. He was promoted to Corporal in January 1919 before embarking on the ‘Waimana’ in London; arriving back in Auckland, New Zealand on 23 June 1919 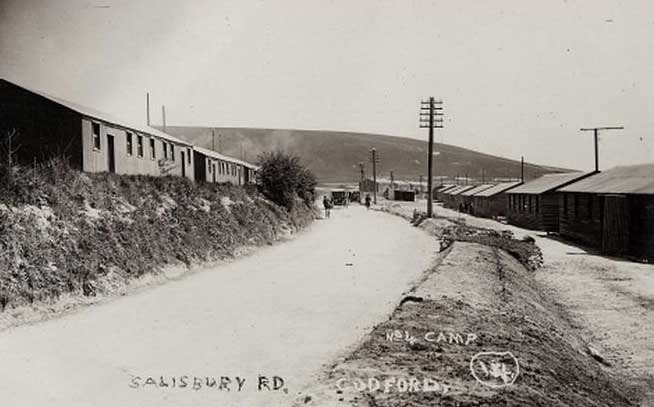 William is the third Migan brother who was a seaman prior to enlisting in the New Zealand Expeditionary Forces! He joined the 29th Reinforcements Wellington Infantry Regiment, B Company. He embarked on 15 August 1917 at Wellington onboard HMNZT ‘Ruahine’ bound for Glascow, Scotland. From Glasgow, William’s unit first went to the Etaples camp. Étaples is a very old fishing town and port, which lies at the mouth of the River Canche in the region of Pas de Calais in Picardy. The Étaples Army Base Camp was the largest of its kind ever established overseas by the British and included  a six kilometre long stretch nicknamed the ‘Land Of Hospitals’. Sent to Flanders, William joined a unit of Canadian Tunnellers, then NZ 23rd Corps, then No.1 Entrenching Battalion before being admitted to No.7 Stationary Base hospital at Boulogne for 10 days in May with diarrhoea. Only a week after his discharge from hospital William was admitted to the 24th General Hospital back at Étaples for a stricture of the urethra. This put him out of action for 3 months until he rejoined the No.1 Entrenching battalion in June 1918.

William required further hospital treatment for venereal disease in March 1919. Initially at Rouen in France, William was then admitted to the ‘Warlingham Enteric Depot’, a 450 bed specialist venereal diseases hospital in Surrey, England. I presume William had contracted syphillis as cases of gonorrhoea usually didn’t require such lengthy or specialist hospital treatment. William’s hospitalisation lasted about 4 months until shortly before he embarked the ‘Hororata’ for the trip back to NZ in July 1919. 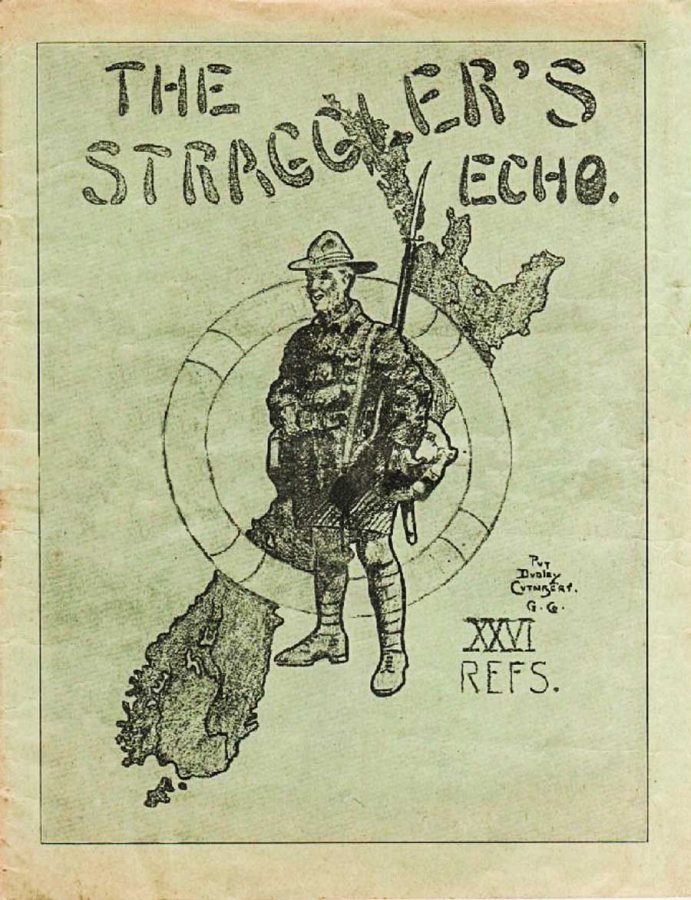