A sigh for sly, awry Guy

THE INSANITY OF GENIUS 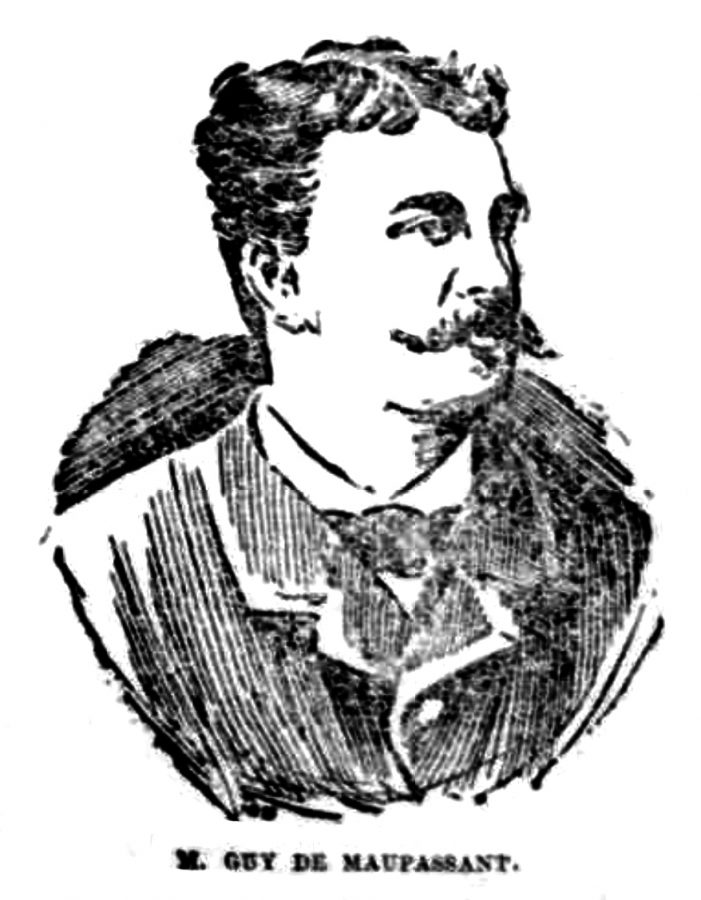 Poor Guy de Maupassant, the foremost living realistic romancist of the French school. One would fain hope that the hand that turned aside the strain to which De Maupassant subjected his brain during the past ten days, others as the result of a strange accident which befell him about a year ago, when a heavy volume from a shelf above him landed on the back of his neck, while he was searching a book of reference. The blow caused a slight attack of paralysis, which soon passed away, leaving the novelist too eager to resume his abnormal literary activity. His brother, about this time died insane after a short illness, and this sad experience, it is stated, seriously affected his sensitive nature. The incident may have help him develop latent germs of the dread disease in the excitable romanticist’s over-taxed brain. He is, though, young and strong, and the doctors hold out hope of an ultimate cure.

“I can screw street whores now and say to them ‘I’ve got the pox.’ They are afraid and I just laugh”,